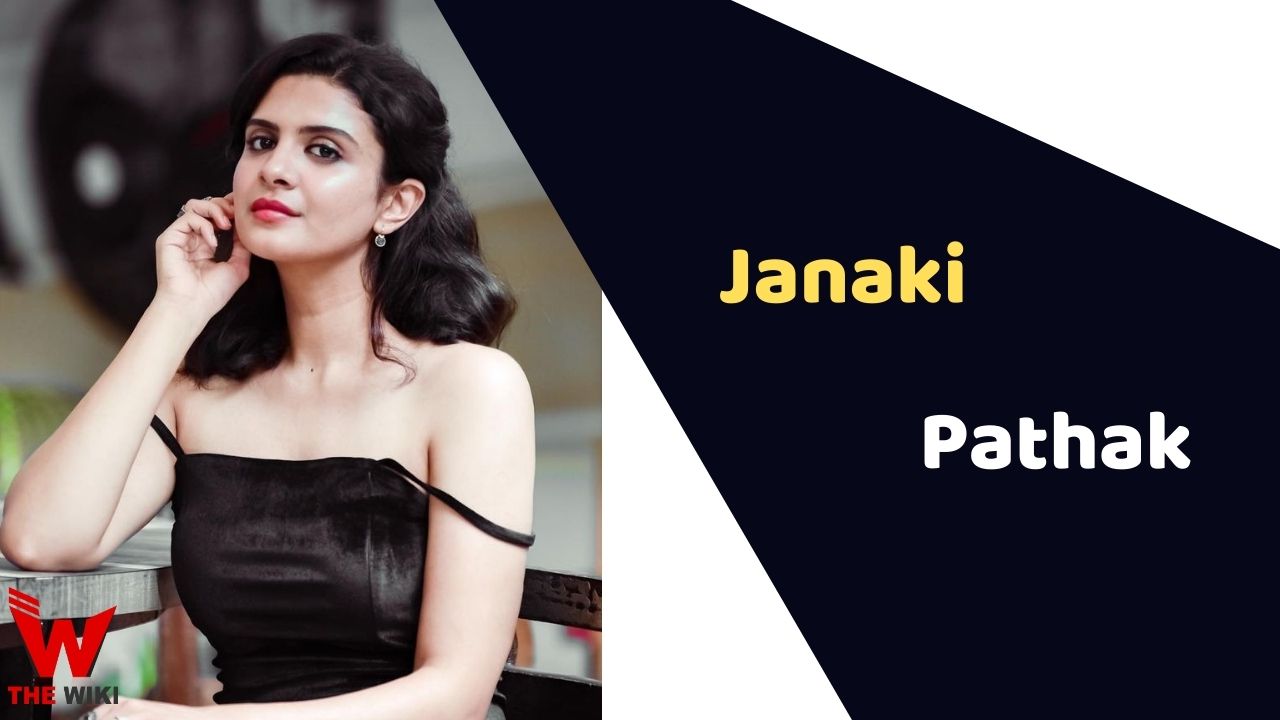 Janaki Pathak is an Indian film and television actress. She is best known for acting in Marathi films such as Vanilla Strawberry & Chocolate, Zombivali and Hajari. In 2022, she made her television debut through Sun Marathi’s TV show Maajhi Maanasa. She has been active in entrainment industry since 2018.

Janaki Pathak was born on 24 February 1998 in Thane, Maharashtra to a well-to-do Hindu family. Her father Girish Vishwanath Pathak is a famous writer, producer and director and owns a production house name Aai Entertainment. While her mother Manisha Pathak is a doctor. She decided to become an actor at age of five. Janaki did his schooling from Arya Cambridge International School and graduation from V. G. Vaze College of Arts, Science and Commerce.

At the age of 17, Janaki started her film career with the film Vanilla, Strawberry and Chocolate. Later she got opportunity to play lead role in films like Antarmukh, Eklavya, Rudra and Hajeri. Her first major break through was Zombivli as Anjali. Janaki played lead role in daily soap Maajhi Maanasa on Sun Marathi, under the production of Kothare vision in 2021.

Some Facts About Janaki Pathak

If you have more details about Janaki Pathak. Please comment below we will update within an hour.