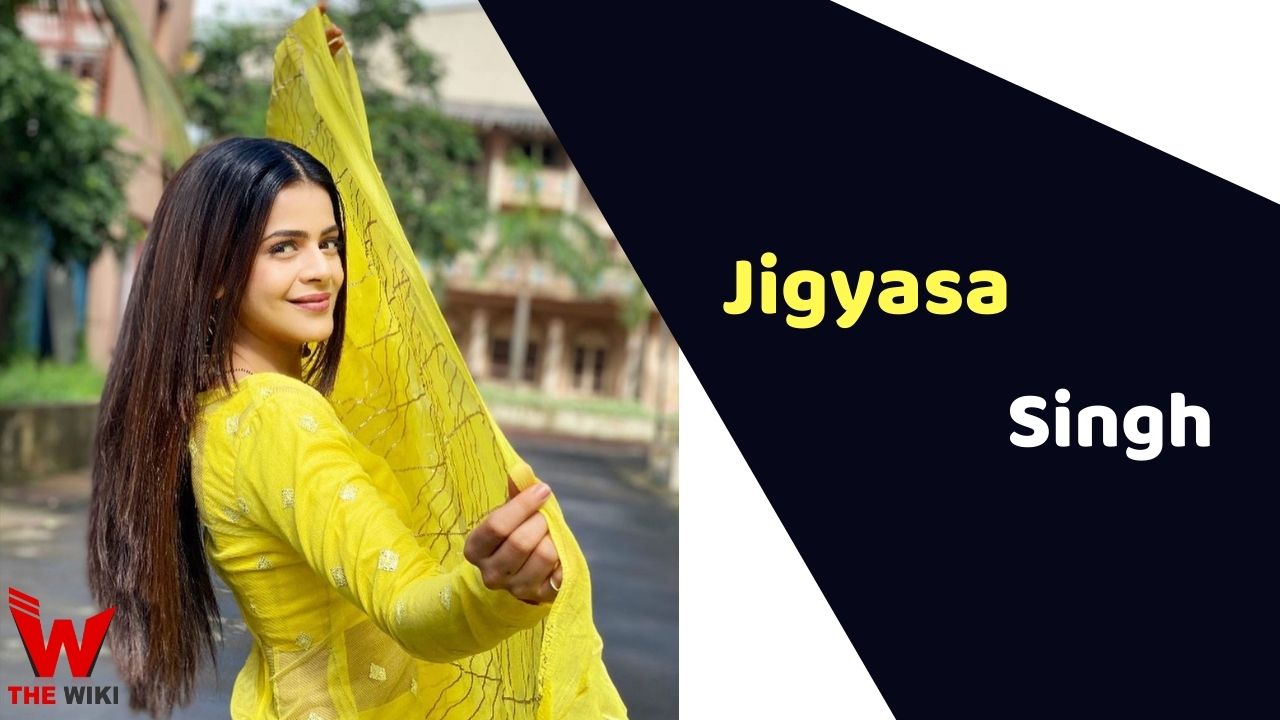 Jigyasa Singh was born in Jaipur, Rajasthan into a middle-class Hindu family. Her father’s name is Neeraj Singh and Her mother’s name is Kiran Singh. She has a younger brother Pranav Singh in the family. She completed her schooling from St. Pink Anselm’s City SR Sec. School in Jaipur and after earned her bachelor’s degree in mass communication from Rajasthan University’s ICG-International College For Girls. She has done master’s in journalism from Delhi University.

Singh made her debut as Alia with Zee Marudhara’s Chore Tera Gaon Bada Pyaara alongside Manish Goplani. She then played Supriya in Channel V India’s episodic series Gumrah: End of Innocence. She role to fame by playing lead role of Vaani “Thapki” Chaturvedi in Colors TV’s Thapki Pyar Ki from 2015 to 2017. After that she portrayed Tara Khanna in Star Plus’s Nazar and Heer Singh Colors TV’s Shakti – Astitva Ke Ehsaas Ki. In 2021, she reprise her role as Thapki in second season of Thapki Pyar Ki.

Jigyasa Singh was linked with her co-star Ankit Bathla, although it was rumoured that neither of them accepted their connection and simply saw each other as friends.

Some Facts About Jigyasa Singh

If you have more details about Jigyasa Singh. Please comment below we will updated within a hour.