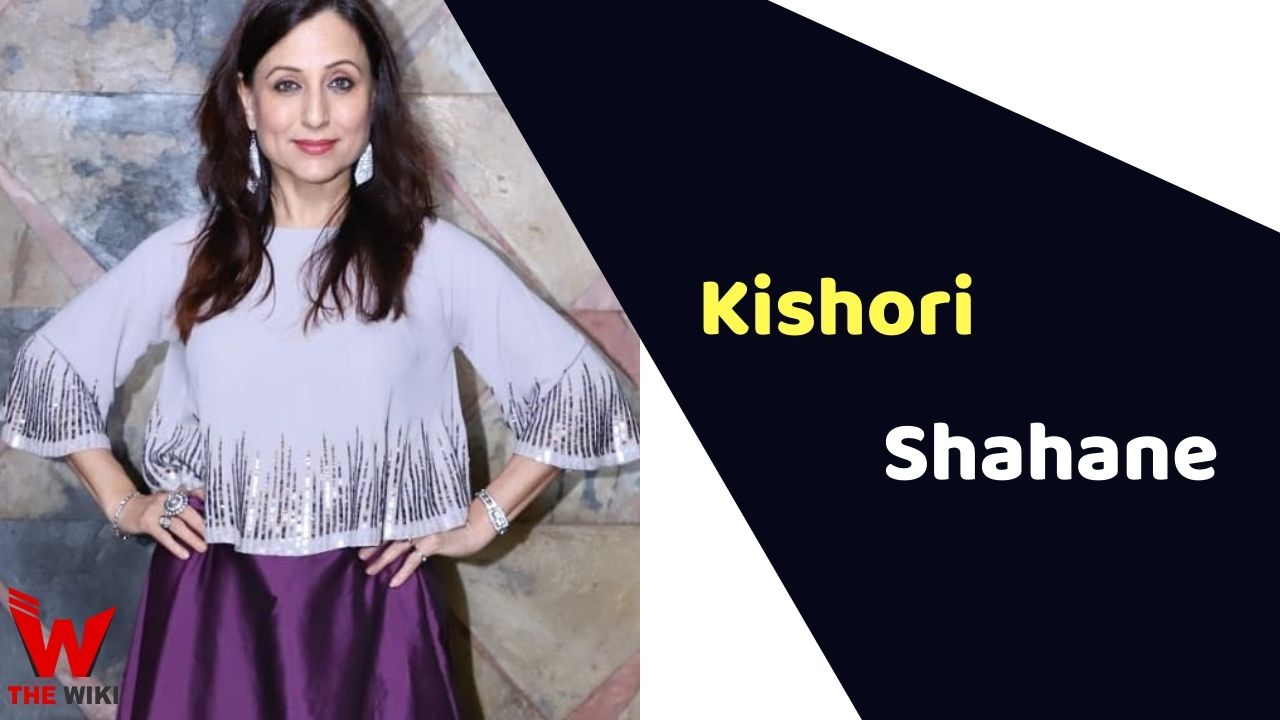 Kishori Shahane is an Indian actress and producer. She is known  for her work in Marathi movies such as Maherchi Sadi and Wajva Re Wajva. She is also known for appearing in Hindi television shows like Shakti – Astitva Ke Ehsaas Ki and Ishq Mein Marjawan. In 2019, Shahane has participated in the reality show Bigg Boss Marathi 2 and finish at fifth place.

Kishori Shahane was born on 23 April, 1968 in Mumbai, Maharashtra. Her father is Prabhakar Shahane and mother is Vandana Shahane.  She graduated from Mithibai College, Mumbai.

Since childhood, Shahane was very good in studies. During the studies of 9th standard, she was inclined towards acting and started training in dance and acting. In class 11, she got first chance to perform in a folk ballet ‘Durga Zhaali Gauri’. After which she decided to make career in acting.

Shahane started her career as an actress in stage performances in plays. She was part of famous marathi and hindi plays like Moruchi Maushi and Aadhe Adhure. She has been worked in over 70 Marathi films in her career. Shahane has acted in many Bollywood movies such as Hafta Bandh, Pyar Ka Devta, Bomb Blast, Milenge Milenge, Policegiri, Anuradha, Mohenjo Daro etc.

Shahane is also a producer and has producer Marathi film Mohatyachi Renuka which won the Maharashtra State Award 2007 for best editing. She then produced a Hindi movie on Sai Baba and had Jackie Shroff in the lead role and a Marathi film Aika Dajiba.

In 1991, Kishori married Deepak Balraj Vij, a bollywood filmmaker. They worked together on a couple of films such as Hafta Band and Bomb Blast. They also have a son named Varun Vij.

Some Facts About Kishori Shahane

If you have more details about Kishori Shahane. Please comment below we will updated within a hour.