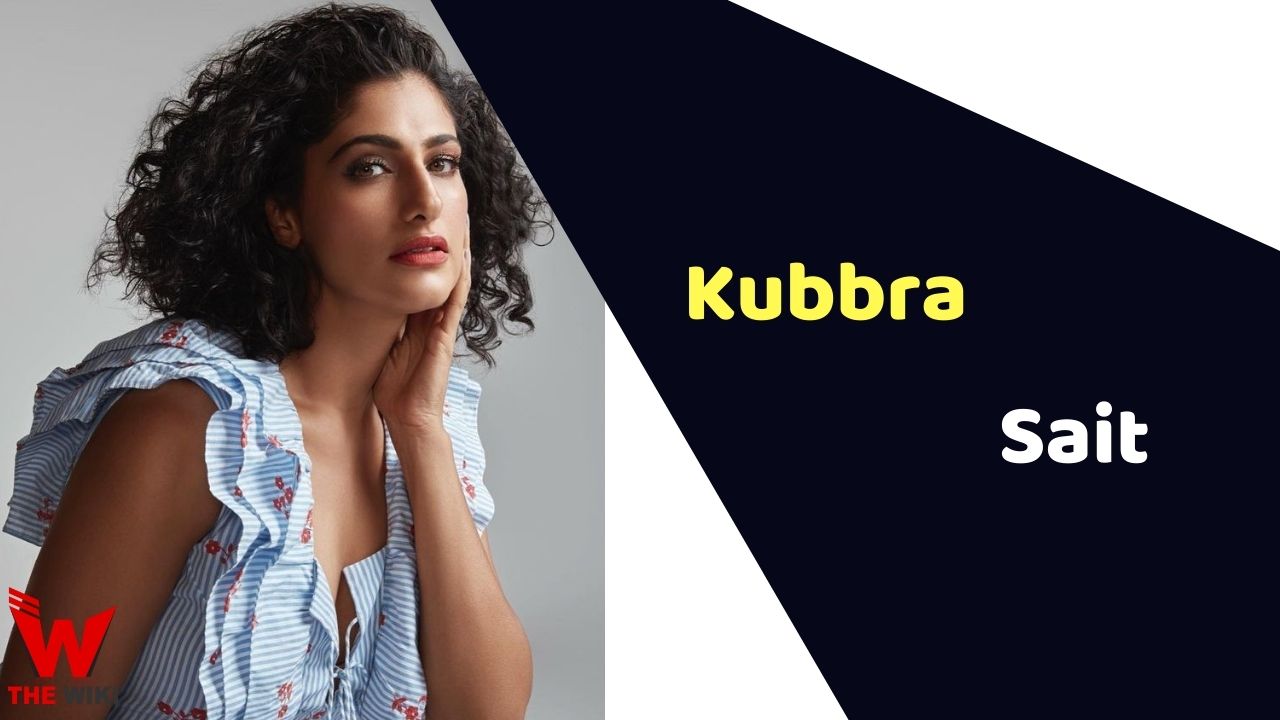 Kubbra Sait is an Indian actress, TV host, and model. She is most famous for his appearance in the movies like Sultan, Ready, Gull Boy, TVF Tripling, RejectX and City of Life. She starred in the prominent role of Kuckoo in Netflix’s original series Sacred Games in 2018.

Kubbra Suit was born on 27 July 1983 in Bengaluru, Karnataka. Her father’s name is Zakariah Sait, and her mother’s name is Yasmin Sait. She has a sibling named Danish Sait. Suit did her schooling at New Horizon Public School and New Horizon English High School of Bengaluru. She is graduated from the Jyoti Nivas College, and National Institute of Information & Management Sciences. She holds a degree in B. Com and BBM in Finance Marketing.

Suit began her acting career with the comedy-action movie Ready played the role of a maid Sunaina in 2011 starring alongside Salman Khan and Asin.She got featured in the film Jodi Breakers as Vinita in 2012. In 2015, she played the role of Vidya Saxena in the romantic comedy movie I Love NY. The following year, she got cast in the sports drama film Sultan as an anchor and commentator.

Suit rose to fame by playing Nawazuddin Siddiqui’s girlfriend character, Kuckoo in Netflix most popular series Sacred Games. This series came her in the Bollywood limelight and later she got opportunity to play lead role of Emcee Scarlett in Ranveer Singh and Alia Bhatt starrer film Gully Boy. The movie tells the story of a wannabe street rapper from the slums of Dharavi in Bombay. In 2020, she featured as Rhea in Jawaani Jaanemann, followed by Dolly Kitty Aur Woh Chamakte Sitare as Shazia.

Some Facts About Kubbra Sait

If you have more details about Kubbra Sait. Please comment below we will updated within a hour.