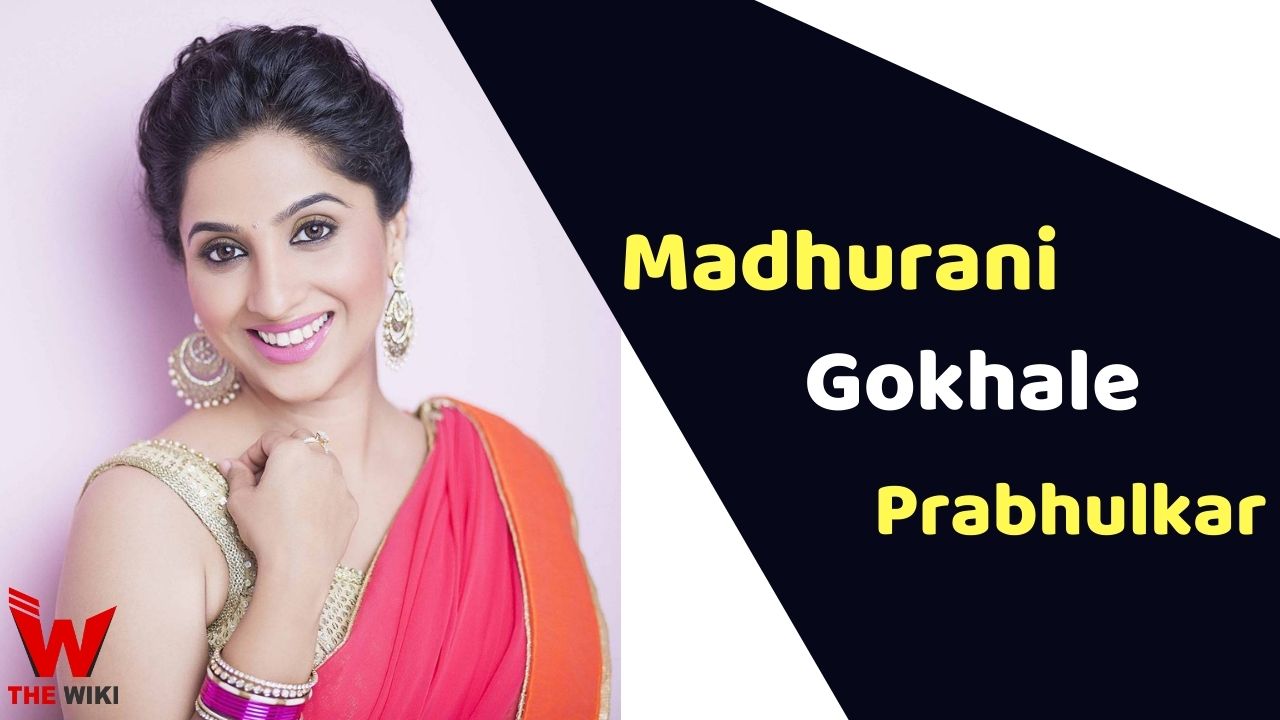 Madhurani Gokhale Prabhulkar is an actress, singer and music composer. She hails from Bhusaval, Maharashtra. She is known for playing female lead role of Arundhati Deshmukh in popular Marathi television show Aai Kuthe Kay Karte. Madhurani has also worked in Marathi films like Bhabhipedia (2018), Navra Mazha Navsacha (2004) and Mani Mangalsutra (2010). She started her career at the age of 16 and won the play award in Purushottam Karandak competition.

Madhurani Gokhale was born in Bhusaval, Maharastra. Her sister’s name is Amruta Gokhale Sahastrabudhe. She completed her schooling from H. H. C. P. High School, Pune and did graduation from S. P. College, Pune in Mass Communication. She started acting when she was 16 and started working plays and dramas. She also wrote some of the plays herself.

Madhurani started acting career from the age of 16. She won the best play award for her own scripted and presented the play ‘SeeSaw’ for the most prestigious Purshottam Karandak competition. She made her acting debut with Indradhanush.

Madhurani also produced the film Goad Gupit in 2003. She also acted in a stage play Tumcha Aamcha Same Astaa and showed her skills as a singer in programme “Sa Re Ga Ma Pa” which got her a film Sunder Majhe Ghar, as a music composer. She hosts two TV program and interviews the celebrities from Marathi entertainment industry.

Currently Madhurani is playing main lead in show Aai Kuthe Kay Karte! as Arundhati. The show is based on the Bengali series Sreemoyee on Star Jalsha. It talks about a middle-aged housewife whose life is dedicated to her husband and children. The show airs on Star Pravah in Marathi.

Madhurani is married to Pramod Prabhulkar and has a daughter.

If you have more details about Madhurani Gokhale Prabhulkar. Please comment below we will updated within a hour.