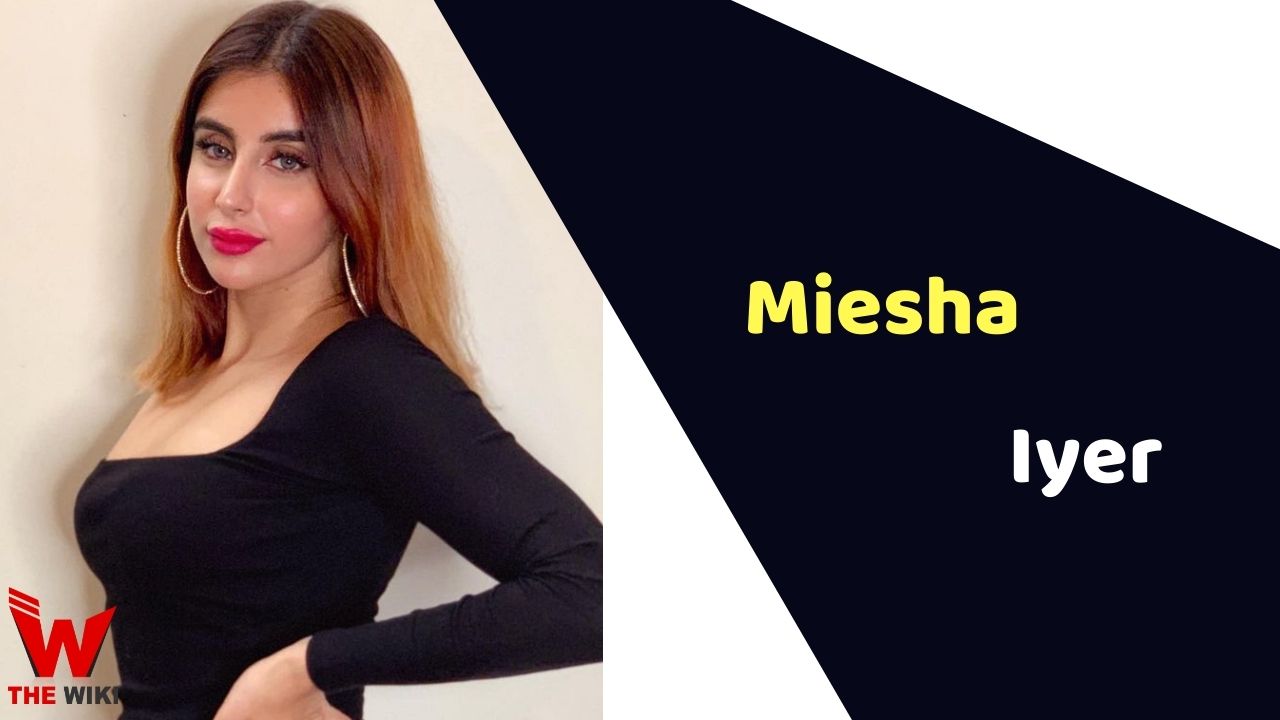 Miesha Iyer is an Indian model, video jockey and actress. She is best known for participating in season 15 of Colors television reality show Bigg Boss hosted by Salman Khan. She was also contestant of MTV Splitsvilla and Ace of Space. Miesha has worked in a web series Hadh in the year 2017. She is originally belongs from Mumbai.

Miesha Iyer was born on 5 April 1994 in Mumbai, Maharashtra to a Hindu family. Her father is a well-known businessman and mother is associated with the fashion industry. She completed her graduation from Amity University and later went to Canadian University. Initially, she worked with top designer of fashion industry and after getting huge success in modeling, she switched to the television.

Miesha made her debut with the MTV’s show Ace of Space Later she also appeared MTV Splitsvilla (Season 12). In 2021, she got opportunity to enter in Bigg Boss house with Tejasswi Prakash, Afsana Khan, Donal Bisht, Prateek Sahajpal, Karan Kundrra, Simba Nagpal, Shamita Shetty and others.

Some Facts About Miesha Iyer

If you have more Details about Miesha Iyer. Please comment below we will updated within a hour.