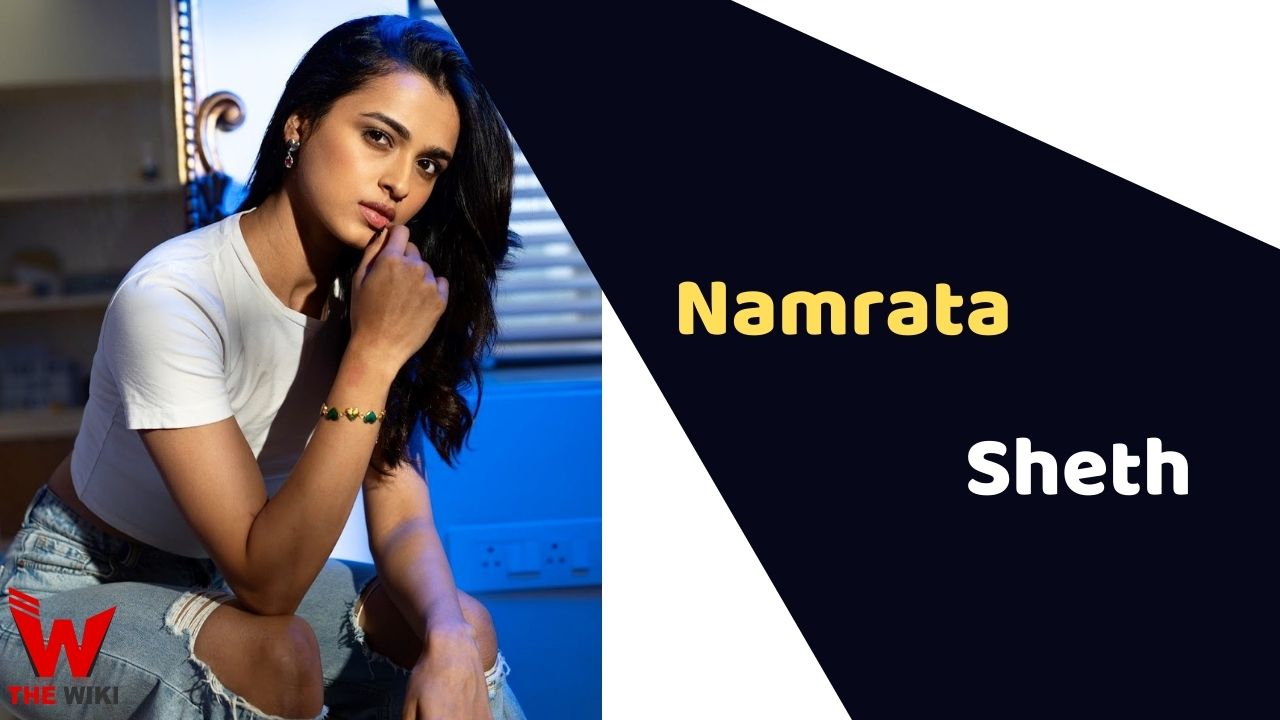 Namrata Sheth is an Indian actress and model. She is famous for playing role of Shubhangi Khanna in Amazon Prime’s television series Guilty Minds in 2022. Namrata has also won the title of Miss Clean and Clear Times Fresh Face. She was also featured in Darshan Raval’s music video Bhula Diya. Namrata is originally from Mumbai, Maharashtra.

Namrata Sheth was born in the year 1992 in Mumbai, Maharashtra to a Hindu family. Her father’s name is Amit Sheth. She has two siblings, a brother named Aryan Sheth and sister Anushi Desai. Namrata did her schooling at Jamnabai Narsee School, Mumbai. After that, she completed her graduation from St. Xavier’s College of Mumbai.

Namrata started her career as a model. She appeared in many commercials like Fab India, Bobbi Brown, Havells, Closeup, and Head and Shoulders. In 2012, she won the title of Miss Clean and Clear Times Fresh Face. In 2019, she appeared in a music video Bhula Diya with singer Darshan Raval which received over 7 Million views in no time.

In 2022, she made her debut with a web series named Guilty Minds. The series is a legal drama that is streaming on Amazon Prime Video, directed by Shefali Bhushan and this series brought her success and fame.

Some Facts About Namrata Sheth

If you have more details about Namrata Sheth. Please comment below we will updated within a hour.