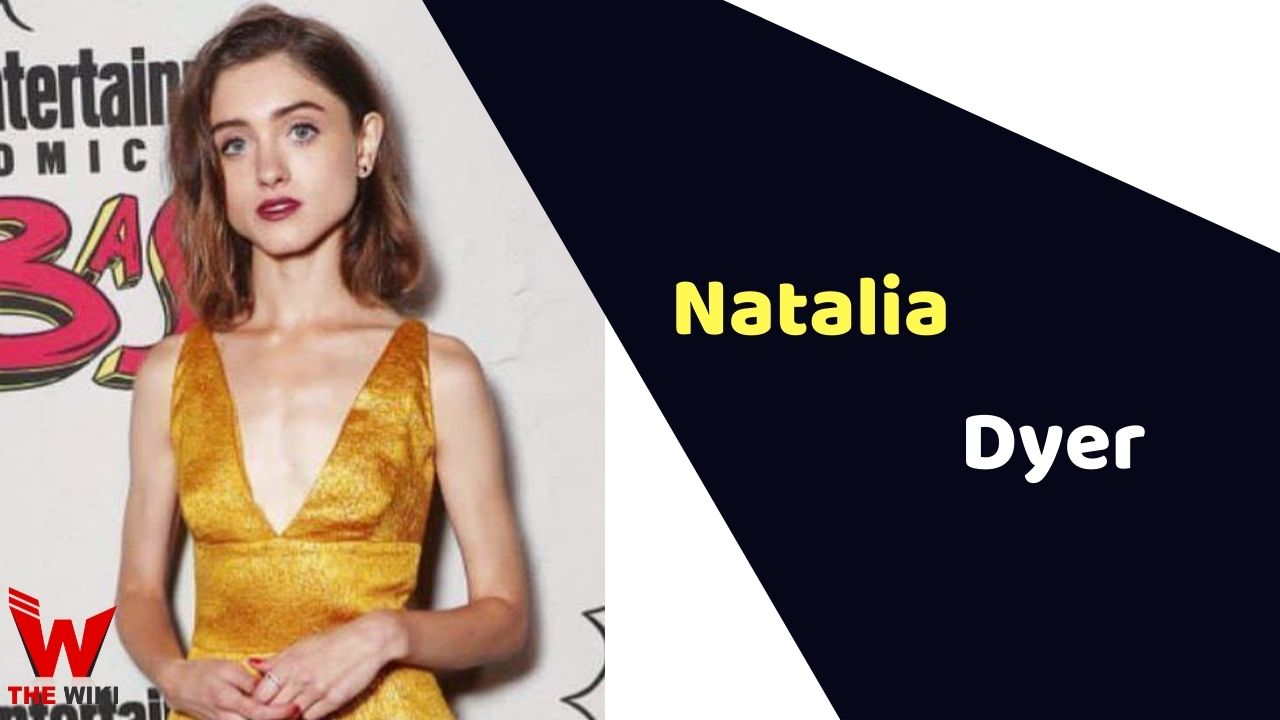 Natalia Dyer is a British actress. She is renowned for her lead role as Nancy Wheeler in the Netflix science-fiction-horror series Stranger Things in the year 2016. She also starred in films like After Darkness (2019) and Mountain Rest (2018). In 2018, Natalia also won Screen Actors Guild Awards for Stranger Things in the category of Outstanding Performance by an Ensemble in a Drama Series.

Natalia Dyer was born on January 13, 1995 in Nashville, Tennesse, United States. His father’s name is Allen Miles Dyer, who specializes in clinical engineering, and his mother’s name is Karen Dyer Young, an exercise physiologist and fitness trainer. She got a younger sister named Virginia Dyer.

Natalia did her schooling at the performing arts High School Nashville School of the Arts. Later she moved to New York and enrolled at NYU in 2013, as a student at the Gallatin School of Individualized Study.

Dyer’s first starring role was a Clarissa Granger in Hannah Montana: The Movie in 2009. In 2011, she starred in The Greening of Whitney Brown. And in 2013, she appeared in Don’t Let Me Go as Banshee. Dyer went on to play in the indie film I Believe in Unicorns, which premiered in 2014 at SXSW.

Dyer got chosen as Nancy Wheeler for Netflix’s Stranger Things in 2016. In 2019, Natalia took on the role of Coco in Netflix’s horror movie Velvet Buzzsaw. In the year 2020, she has worked in the Netflix series title Things Heard and Seen as Virginia.

Natalia Dyer was in a relationship with her Stranger Thing co-star Charlie Heaton from the year 2016.

Some Facts About Natalia Dyer