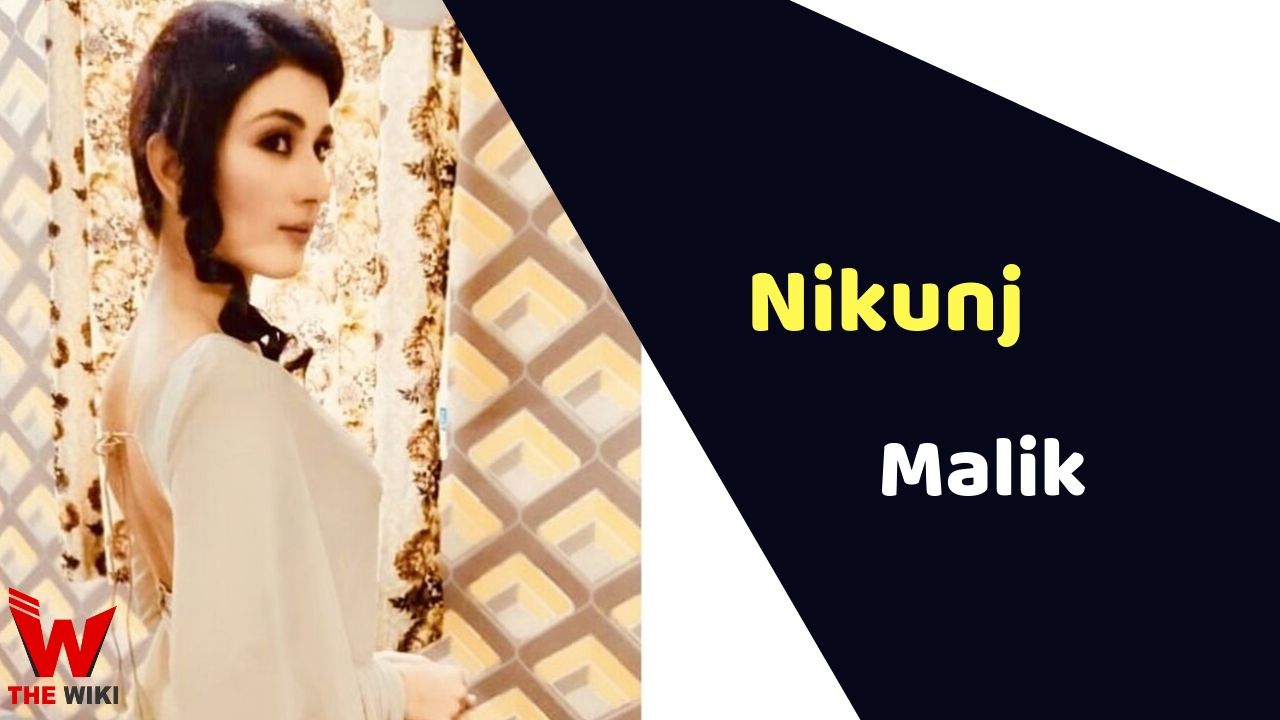 Nikunj Malik is a television actress known for television shows “Sufiana Pyaar Mera”, “Kaleerain”, “Prem Ki Paheli Chandrakanta”, “24” and “Adalat”. She originally belongs from Gurugram. She started her career in the year 2011 with the show “Rahul Dulhania Le Jayenge”.

Nikuj Malik was born on 30 October 1989 in Gurugram, Haryana. She belongs to a political family. Her mother Shubhalata is a well known BJP leader and father Rajpal Malik is also associated with politics. She got graduation degree from NIFT in footwear and accessories designing.

She also completed masters from this institute. After that, Nikunj joined IIM to do PhD, but after constant opposition from family members, she could not complete further studies. The opposition of the family grew so much that her father also turned against Nikunj and left her. 8 Years later in 2019, Nikunj Completed their studies from NIFT.

Nikuj Malik started her career with the show “Rahul Dulhania Le Jayenge” in 2011, she was seen as a contestant on this show, during which she faced a lot of controversies. After which she made her debut in the same year with ‘Geet Hui Sabse Parayi’ television show. After this show she was a part of many television shows like “Adaalat”, “24”, “Shapath”, “Kaleerein” and “Sufiana Pyaar Mera”. She has also hosted season 3 of Pro Kabaddi, Cricket World Cup 2015 and IPL 8.

Some Facts About Nikunj Malik

Nikunj Malik Video If you have more Details about Nikunj Malik. Please comment below we will updated within a hour.