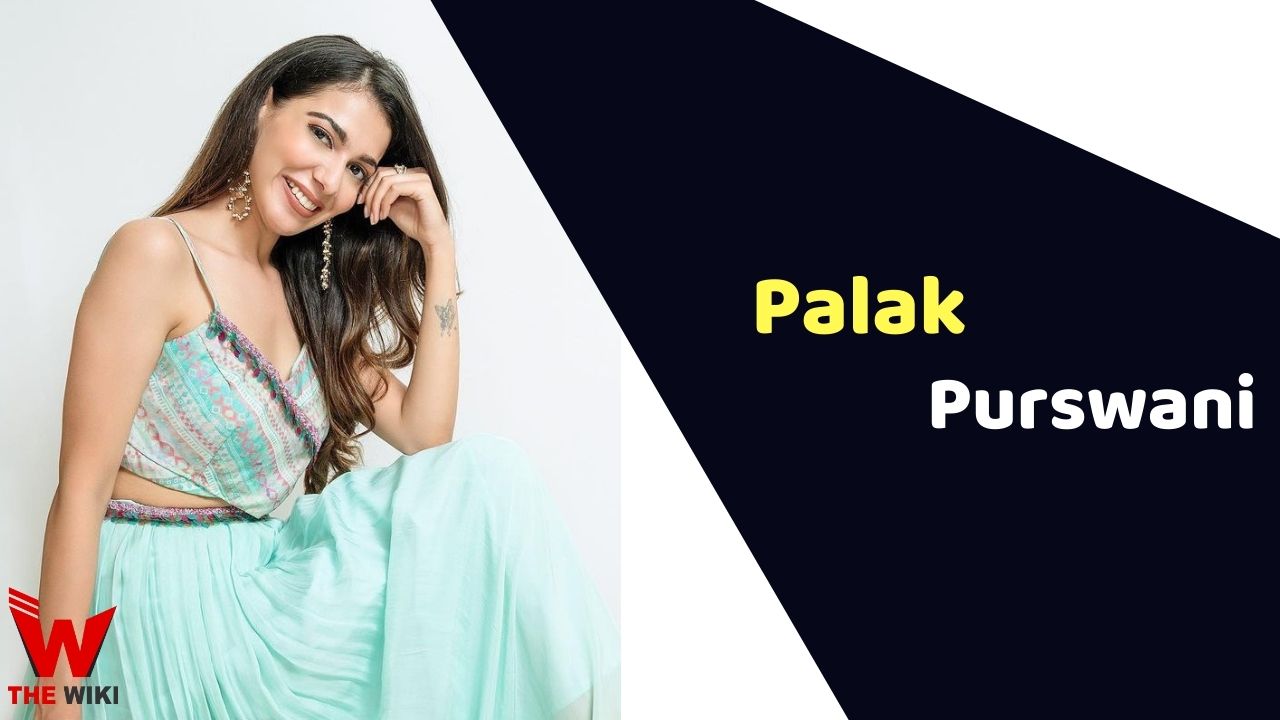 Palak Purswani was born on 12th August 1993 in a Sindhi family of Nagpur, Maharashtra. Her father is a Businessman and her mother Mrs. Sonia Purswani is a homemaker. She has a elder brother named Neel Purswani. Purswani went to Centre Point School, Nagpur of her schooling. She pursued fashion designing for her graduation at Inter National Institute of Fashion Designing (INIFD), Nagpur.

Purswani first time appeared on national television in a dating reality show Splitsvilla season 7. She was one of the top contestant of the show. Her acting career was started with Badii Devrani a tv serial in 2015. After that she did TV show Bade Bhaiyya Ki Dulhania serial and Nastik. Purswani got recognition after her characters Shweta in Yeh Rishtey Hain Pyaar Ke in 2019 on Star Plus and subsequently she played Bhoomi Pandey in Meri Hanikarak Biwi.

Palak Purswani is currently in relationship with TV actor Avinash Sachdev. The couple made their relationship official recently and are also sharing their romantic pictures on Instagram. Earlier Sachdev was married to his co-star Shalmalee Desai from Choti Bahu in 2015 but due to incompatibilities issues, they ended their marriage in 2017.

Some Facts About Palak Purswani

If you have more details about Palak Purswani. Please comment below we will updated within a hour.