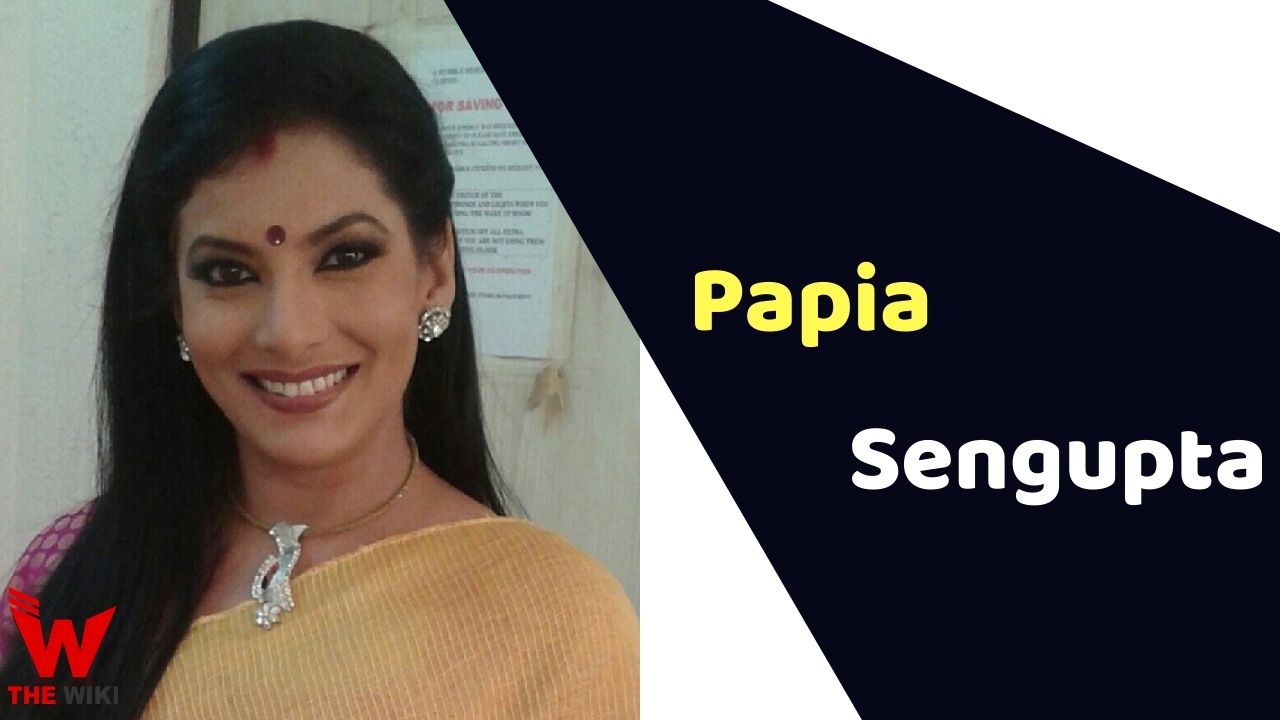 Papia Sengupta is an Indian television actress. She is best known for her appearance in Hindi television series like Pyaar Kii Ye Ek Kahaani, Chandra Nandini, Tasvirein and Anamika. She is one of the popular actress and active from almost three decades in television industry.

Papia Sengupta was born in 1978 in Mumbai, Maharashtra. She completed her schooling and graduation from Mumbai. In 1993, Papia made her debut in television with DD National’s Alif Laila. After that she was appeared in many television shows such as O Maria, Shri Krishna, Janbaaz, Campus etc. She rose to fame with Star One’s television show Pyaar Kii Ye Ek Kahaani in the character of Madhu Dobriyal. Recently she was seen in Star Plus’ show Qayamat Ki Raat as Uma Singh Sooryavanshi

Some Facts About Papia Sengupta

If you have more details about Papia Sengupta. Please comment below we will updated within a hour.