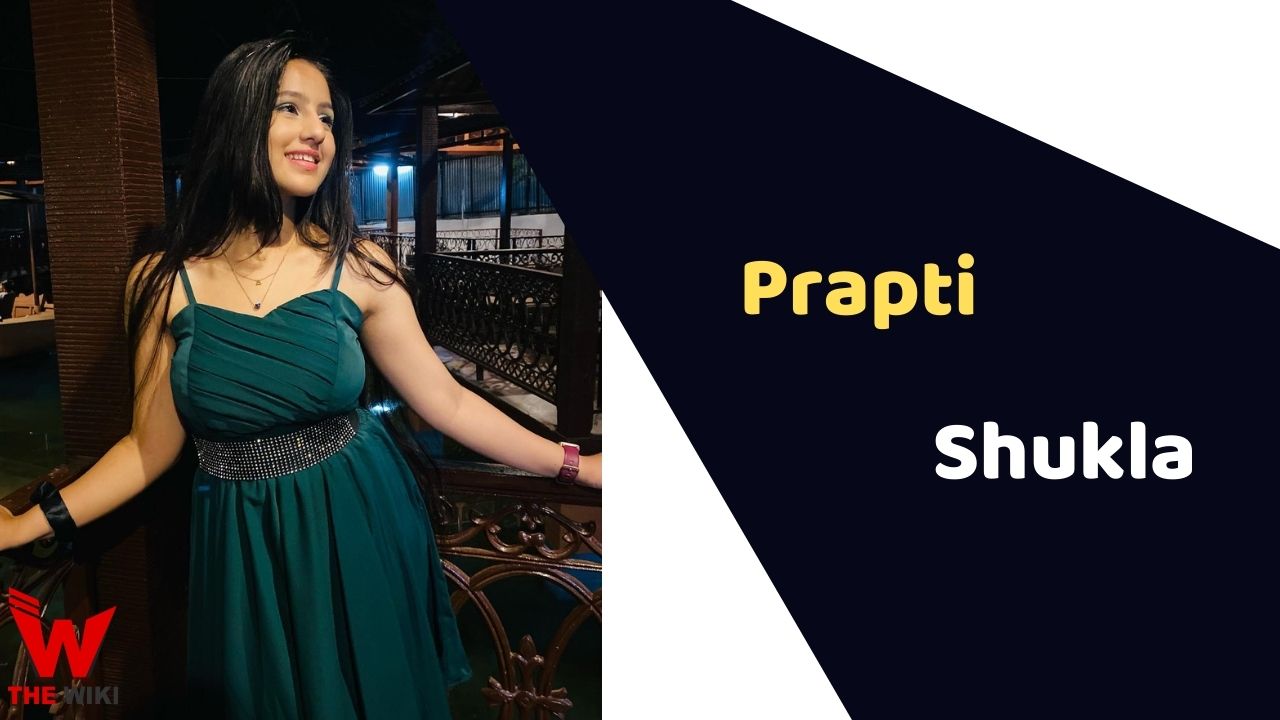 Prapti Shukla is an Indian television actress. She earned recognition from the television comedy serial Wagle Ki Duniya on SAB TV in the year 2021-22. She is originally from Mumbai, Maharashtra.

Prapti Shukla was born on 25 March 2005 in Mumbai, Maharashtra. Her father’s name is Milan Shukla and mother’s name is Neeti Shukla. She has two siblings Diya Shukla and Divyam Shukla. She started her career as a child artist through television comedy serial Wagle Ki Duniya as Gungun Agarwal, which aired on SAB TV from 2021 to 2022. It is the story of three generations of a middle-class family grappling with the highs and lows of life. Previously, she appeared in small supporting roles in famous shows like Radha Krishna, Kartik Purnima, Namah, and Tara from Satara.

Some Facts About Prapti Shukla

If you have more details about Prapti Shukla. Please comment below we will update within an hour.