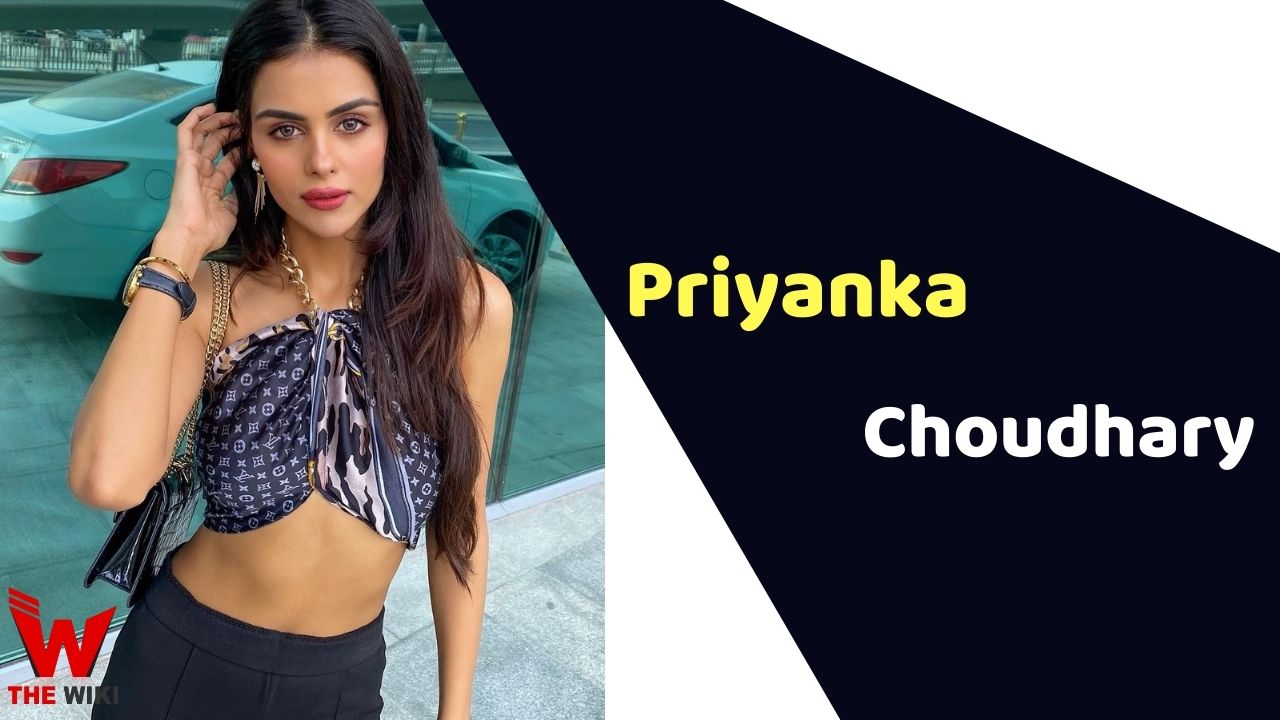 Priyanka Chahar Choudhary is an Indian television actress and model. She is known for playing lead role of Tejo Sandhu in Colors TV show Udaariyaan alongside Isha Malviya and Ankit Gupta. In 2022-23, she appeared in popular reality show Bigg Boss season 16 as a contestant. Priyanka has been active in glamour industry since 2016.

Priyanka Choudhary was born on 13 August 1996 in Jaipur, Rajasthan. Priyanka was always passionate about her dream of acting. In 2016, she started worked as a model in music videos. She was featured more than 20+ music videos on YouTube. In 2018, she got her first television show Gathbandhan, in which played role of sister of female lead Dhanak (played by Shruti Sharma). Later she got chance to work in Star Plus’ show Yeh Hai Chahatein.

Some Facts About Priyanka Choudhary

If you have more details about Priyanka Choudhary. Please comment below we will updated within a hour.