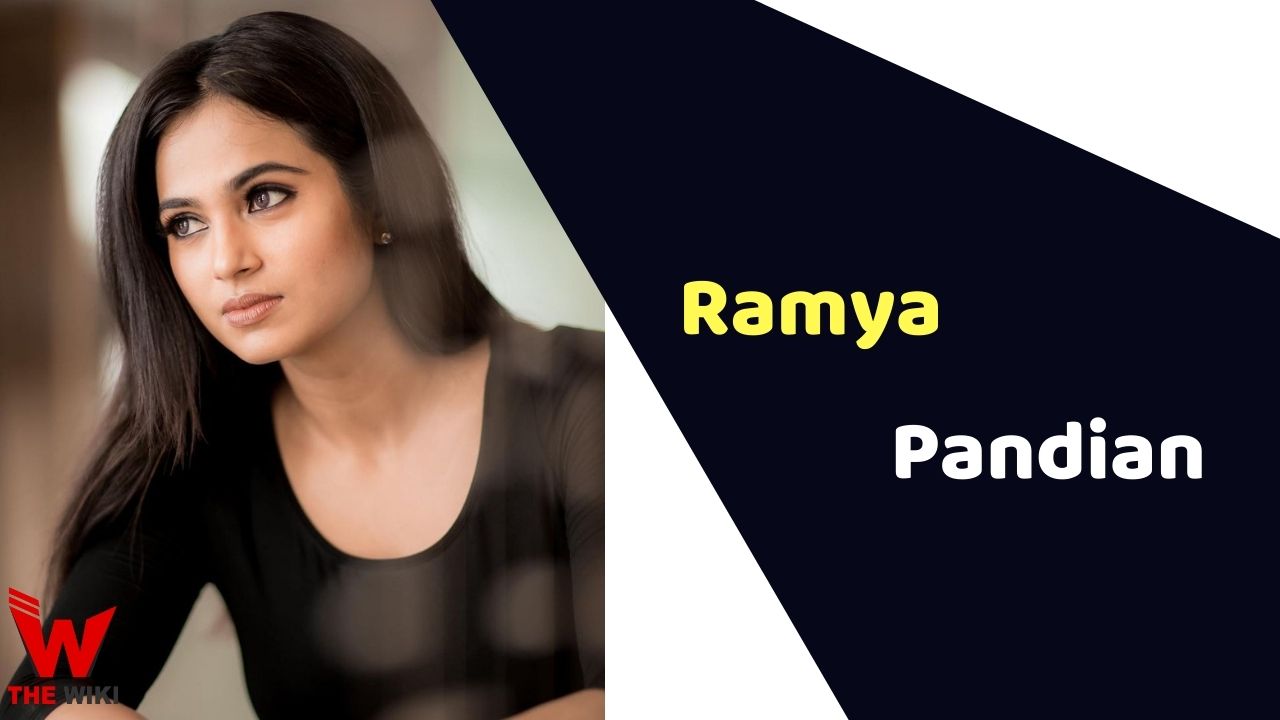 Ramya Pandian is an Indian actress, who predominantly works in Tamil films and television shows. She is known for playing the role of ‘Malliga’ in the Tamil film Joker. She has gained immense popularity through this film. Ramya made her Tamil debut with the film Dummy Tappasu as Soumya in 2015. She has also participated in the reality show Bigg Boss Tamil Season 4 as a contestant.

Ramya Pandian was born on 13 August 1990 to Durai and Shanthy Pandian in Tirunelveli, Tamil Nadu. Her father is famous film director. She grew up with two siblings, Parasu Pandian and Sundari Divya Pandian.

Ramya went to Pushpalatha Matric Higher Secondary School, Tirunelveli for schooling and completed graduation from Anna University in Biomedical Engineering. She has developed an interest towards modelling while studying.

Ramya has participated in the cooking based show Cooku with Comali, which was aired on Vijay TV channel in 2019. Earlier, she used to work as a Research and Development Analyst in ‘Zifo Technologies’. Later, she was promoted to Business Development Manager in the same company in 2012. She has also appeared in the film Aan Devathai in 2018 as Jessica. She also judged a show Kalakka Povadhu Yaaru Season 9.

Some Facts About Ramya Pandian

If you have more details about Ramya Pandian. Please comment below we will updated within a hour.