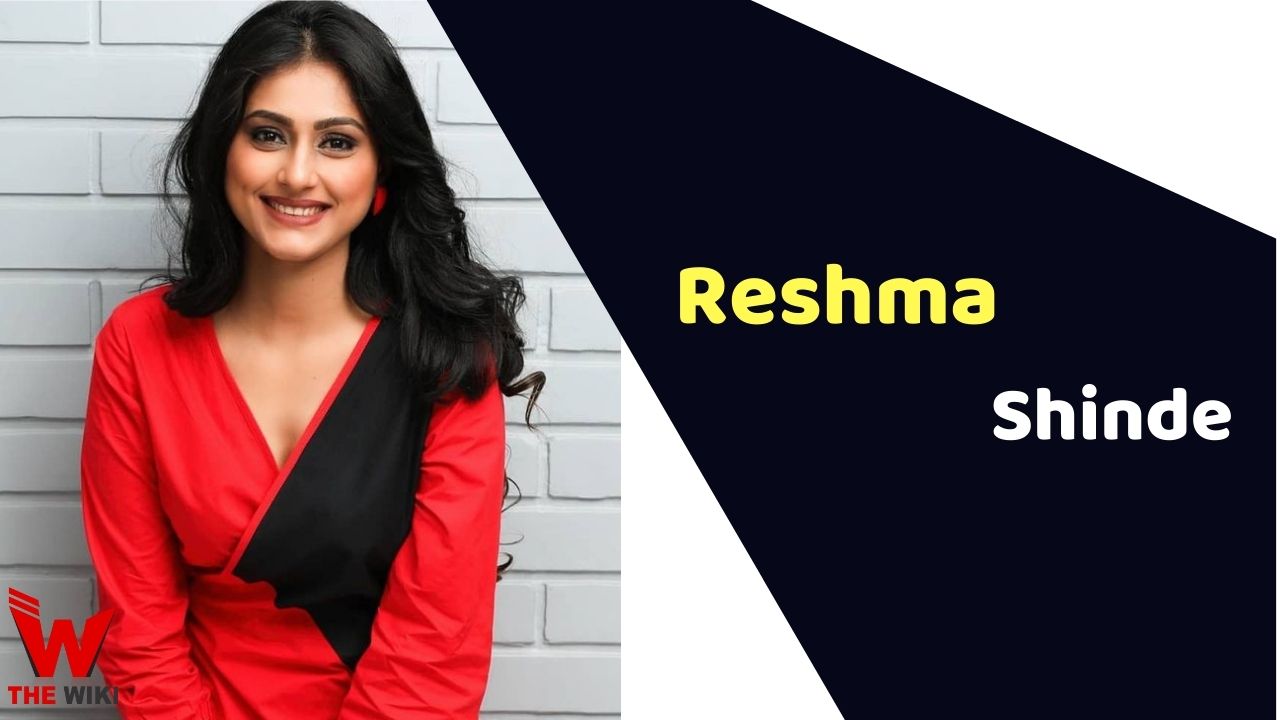 Reshma Shinde is an Indian television actress and mainly works in Marathi serials and movies. She is best known for known for her lead role in Rang Maza Vegla as Deepa. She made her debut in a side role with the Marathi TV daily soap Bandh Resmache.

Reshma Shinde was born on 27 March 1987 in Mumbai and was brought in Mumbai. She did her schooling and graduation in Mumbai. She participated in various cultural programs and festivals in her childhood.

Reshma is a popular Marathi television and film actress. She debuted on television in 2010 when she participated in Marathi reality show Maharashtrache Superstar and was spotted by the makers of the TV serial Bandh Reshamache. She also starred in TV shows like Lagori Maitri Return, Chahul, Kesari Nandan and Nanda Saukhya Bhare. Her one of the most prominent role of her career came with the TV serial Nanda Saukhyabhare aired on Zee Marathi network.

Reshma made her film debut with Deva Ek Atrangi directed by Murali Nallapa in 2017 and was also seen in movies like Rang He Premache, Ekk Albela, and Lalbaugchi Rani.

Reshma got married to Abhijeet Chougule on 29th April 2012. He basically resides from Kolhapur and as a Civil Engineer in a company.

Some Facts About Reshma Shinde

If you have more details about Reshma Shinde. Please comment below we will updated within a hour.