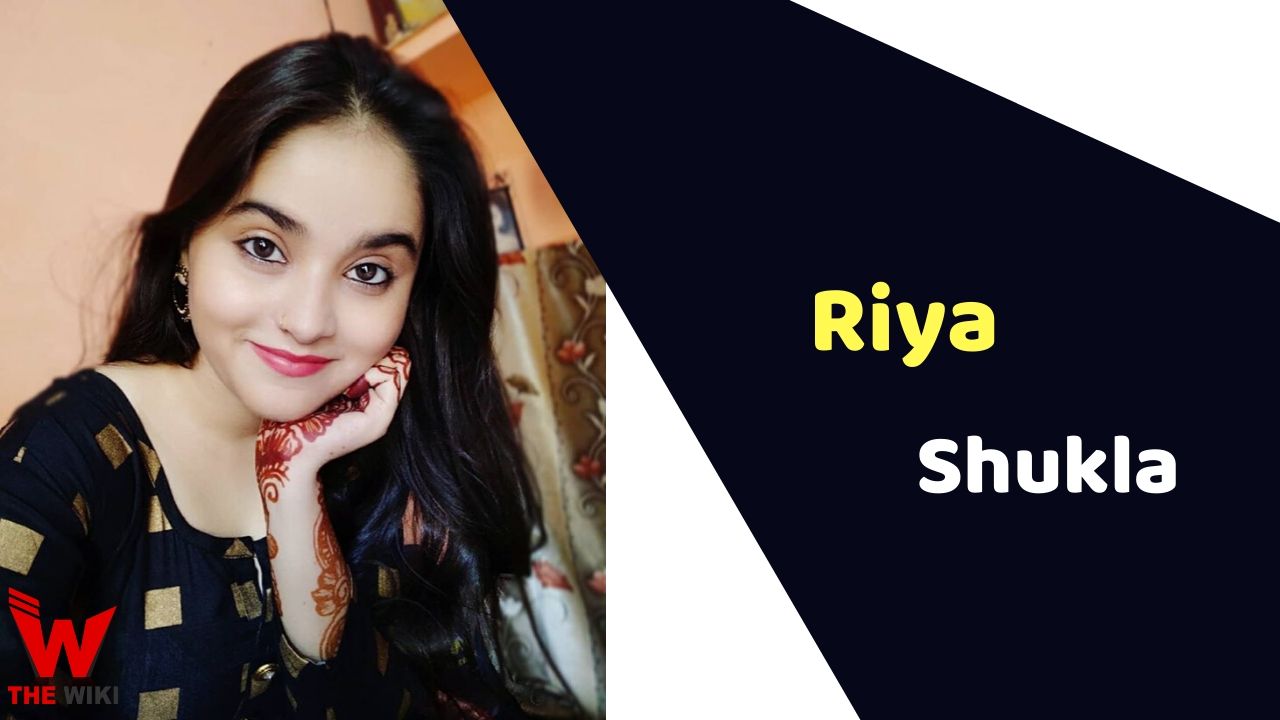 Riya Shukla is an Indian film and television actress. She is famous for her role of Pinky in television show Naati Pinky Ki Lambi Love Story. Apart from television, she has also worked in the films like Nil Battey Sannata, Hichki, Raat Akeli Hai and 3rd Eye. She is originally from Lucknow, Uttar Praesh.

Riya Shukla was born on 1 January 1998 in Lucknow, Uttar Pradesh. Her father Sushil Kumar Shukla is a supervisor in PWD. He lives in Aliganj (Lucknow) with three children, including Riya, in a government house. Her mother Madhuri Shukla is a homemaker.

Riya has fond of dancing and acting since childhood. She has been learning dance since the age of three, after passing inter from MKSD Inter College Nishatganj Lucknow in 2016, Riya started taking education in Kathak Dance and Classical Singing from Prayag Sangeet Samiti Allahabad.

Riya started her career with television show Hindustan Ki Hunarbaaz and was seen as a contestant on the show. After which, she also participated in the reality show Dance India Dance. Later, she came to know that auditions for the film ‘Nil Bate Sannata’ are going on in Lucknow. Riya auditioned for this film and got selected.

She played the role of Appal Shivlal Sahai aka Appu alongside famous Bollywood actors Pankaj Tripathi and Swara Bhaskar. After this film, she appeared in many films such as Hichki, The New Classmate and 3rd Eye. After gaining fame in films, Riya made her debut in the television industry in 2020. She played the lead actress role in the Colors TV channel show Naati Pinky Ki Lambi Love Story.

Some Facts About Riya Shukla

If you have more details about Riya Shukla. Please comment below we will updated within a hour.