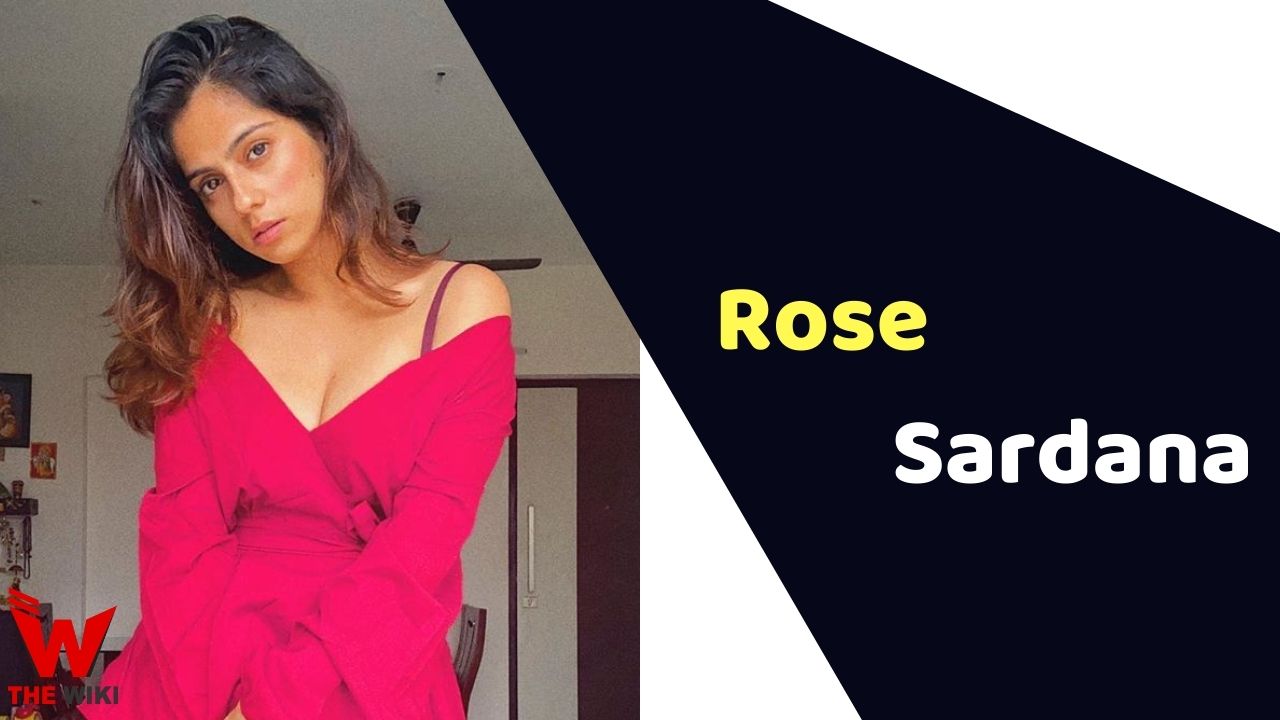 Rose Sardana Poddar is an Indian actress and model. She is known for television shows such as Meri Aashiqui Tum Se Hi, Hum Aapke Ghar Mein Rehte Hain, Badi Devrani, Vani Rani etc. Apart from this, she has also hosted many shows. Rose is originally from Chandigarh, India.

Rose Sardana was born on 8 January 1991 in Chandigarh, India. Sardana made her debut from the television show Meri Aashiqui Tum Se Hi in the year 2014. She gained immense popularity with the role of Sanaya played in this show. After that, she also appeared in shows like Hum Aapke Ghar Mein Rehte Hain, Itna Karo Na Mujhe Pyaar, Badi Devrani, Ek Tha Raja Ek Thi Rani, Meri Gudiya, Vani Rani etc. She has also host many shows for UTV Bindass.

In 2020, she appeared in the television show Akbar Ka Bal Birbal in the role of Tilotamma. Apart from TV shows, she had featured in the Bollywood film Kashi – In Search of Ganga.

Rose Sardana married Ankit Poddar on 11 December 2019 in Chandigarh, India in the presence of family and close friends. They were in the relationship for almost a year.

Some Facts About Rose Sardana

If you have more details about Rose Sardana. Please comment below we will updated within a hour.