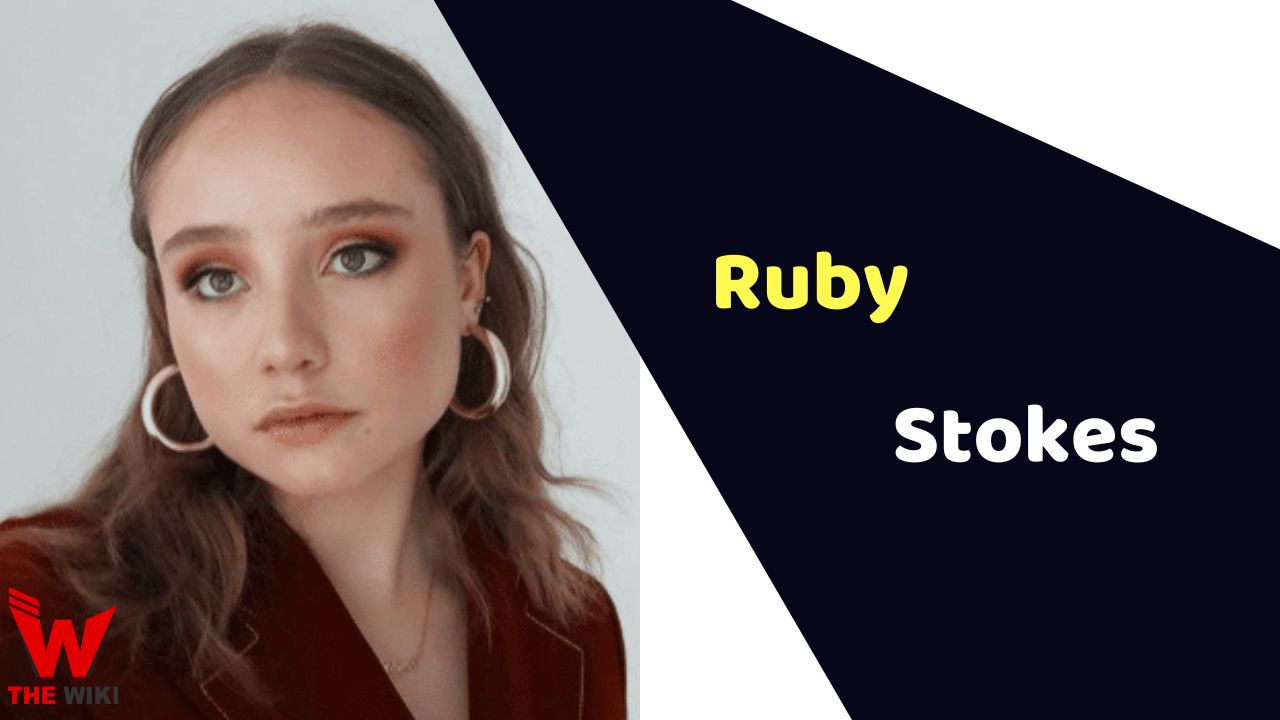 Ruby Stokes (also known as Ruby May Stokes) is a British actress who works in the television and film industry. She has worked in popular movies like Una (2016), Rocks (2019), A Banquet (2021), and many more. She is also best known for her role in a Netflix series named Lockwood and Co which was released in the year 2022.

Ruby was born on September 4, 2000 in London, England. She has two siblings named Clement and Seth Stokes. Ruby is interested in acting since her childhood. After seeing her love for acting, Ruby’s parents gave her permission to make her career in acting.

Ruby did her schooling at BRIT School and after that, she got enrolled in Young Actors Theatre, Islington.

Ruby started her career as a television actor at an early age.  She debut with television series Just Willian (2010), in the role of grumpy girl which was broadcasted on BBC One. She is also seen in series like Not Going Out (2021), Da Vinci’s Demons (2014), and Bridgerton (2020-22).

Besides television, she stepped into the film industry with a film named Una which was released in 2016, where she played the role of Young Una Spencer. The movie was based on the play Blackbird which was written by David Harrower and the movie was directed by Benedict Andrews. Since then she appeared in many movies like The Price Of Time (2018), It’s Going To Be Okay (2020), Shagbands (2020), and Where Is Anne Frank (2021).

Some Facts About Ruby Stokes

If you have more details about Ruby Stokes. Please comment below we will update within an hour.