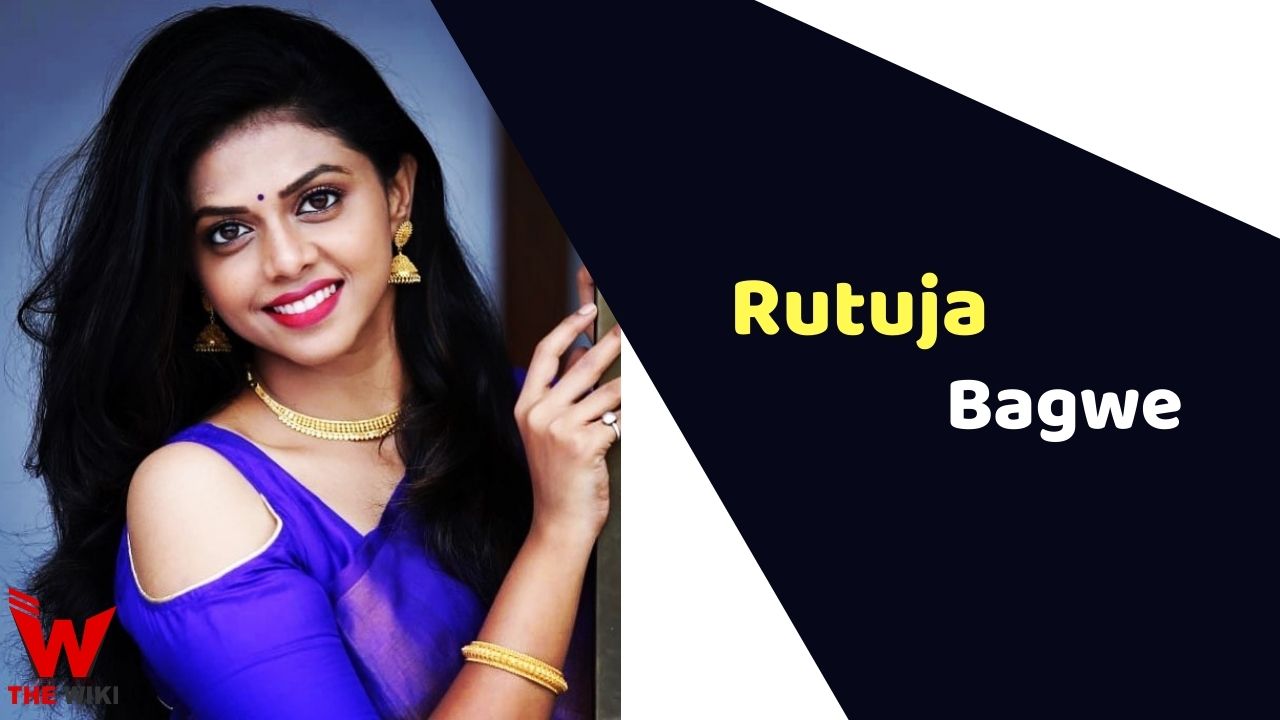 Rutuja Bagwe is an Indian actress and dancer. She is known for television show Chandra Aahe Sakshila, Ananyaa, Nanda Saukhya Bhare, Swamini etc. Bagwe has widely appeared in Marathi television industry. She has been appreciated for her acting versatility by the critics.

Rutuja Bagwe was born on 9 September 1988 in Mumbai, Maharashtra. She has been interested in acting and plays since her young age and she has even excelled in many national and district level championship in co-curricular activities.

Bagwe has completed her schooling from Prale Tilak Vidayala and Raigad Military School and she has done her graduation in B.Sc. Mathematics from Maharshi Dayanand Mahavidyalay.

Initially Bagwe started her career with a commercial play in Marathi, Gochi Premachi in 2008 and she continued to part of plays such as Girgaon via Dadar, Silent Scream, and Ananyaa.  She became a household name when she started appearing in Marathi serials which included Swamini, Hya Gojirvanya Gharat, Eka Lagnachi Tisari Gosht, Tu Maza Sangati, Chaand aao Saatrila and Mangal Sutra. Bagwe also quite active on Marathi cinema and was part of film Respect and Shahid Bhai Kotwal.

Some Facts About Rutuja Bagwe

If you have more details about Rutuja Bagwe. Please comment below we will updated within a hour.