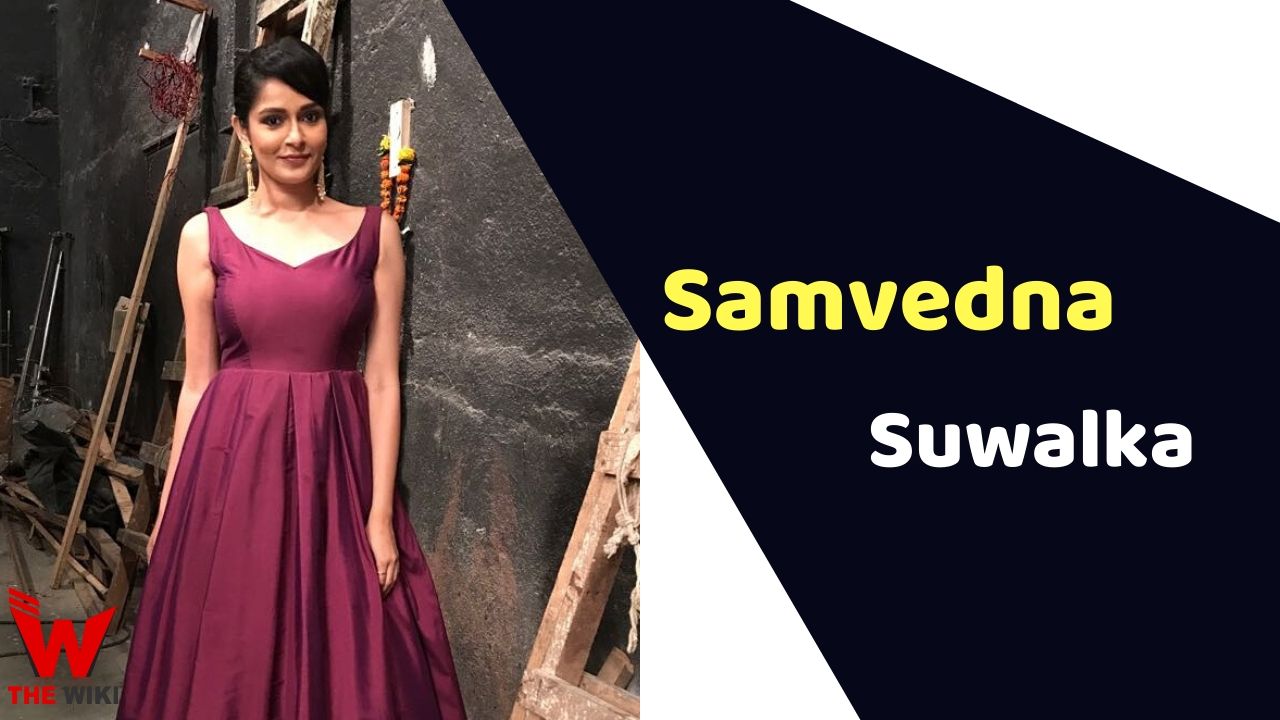 Samvedna Suwalka is an Indian film actress. She is known for playing role of Advocate Gayatri Mohan in Bollywood movies Drishyam 2 starring Ajay Devgn and Akshay Khanna. She has also appeared in films like Natsamrat, Bey Yaar and Bull Bulbul Bandook. She started her career through theater shows. Suwalka has been active in the acting industry since 2012.

Samvedna Suwalka was born in Jamnagar, Gujarat. Her father Dr. B. L. Suwalka is a Psychiatrist and mother Vandna Suwalka is a housewife. She started taking dance training from the age of 3 and by the age of 15, she has mastered in dance. She started doing theater during high school. Samvedna earned a degree in MBBS and later interned at the Sion Hospital in Mumbai. She was a part of theater group called Theatrecian during her graduation.

After studies, Samvedna started taking training in acting and film making at Whistling Woods International under Rob Reece. Meanwhile, Samvedna made her acting debut in the Gujarati film Happy Familyy Pvt Ltd. After which she acted in many Gujarati films including Bey Yaar and Natsamrat.

Samvedna has also worked in Hindi films like Union Leader as Rita (2018), Phamous as Sugandha (2018) and Drishyam 2 as Advocate Gayatri Mohan (2022). In 2021, she was seen in FlipKart App’s web series Kaun? who did it? as Inspector Malini.

Some Facts About Samvedna Suwalka

If you have more details about Samvedna Suwalka. Please comment below we will updated within a hour.