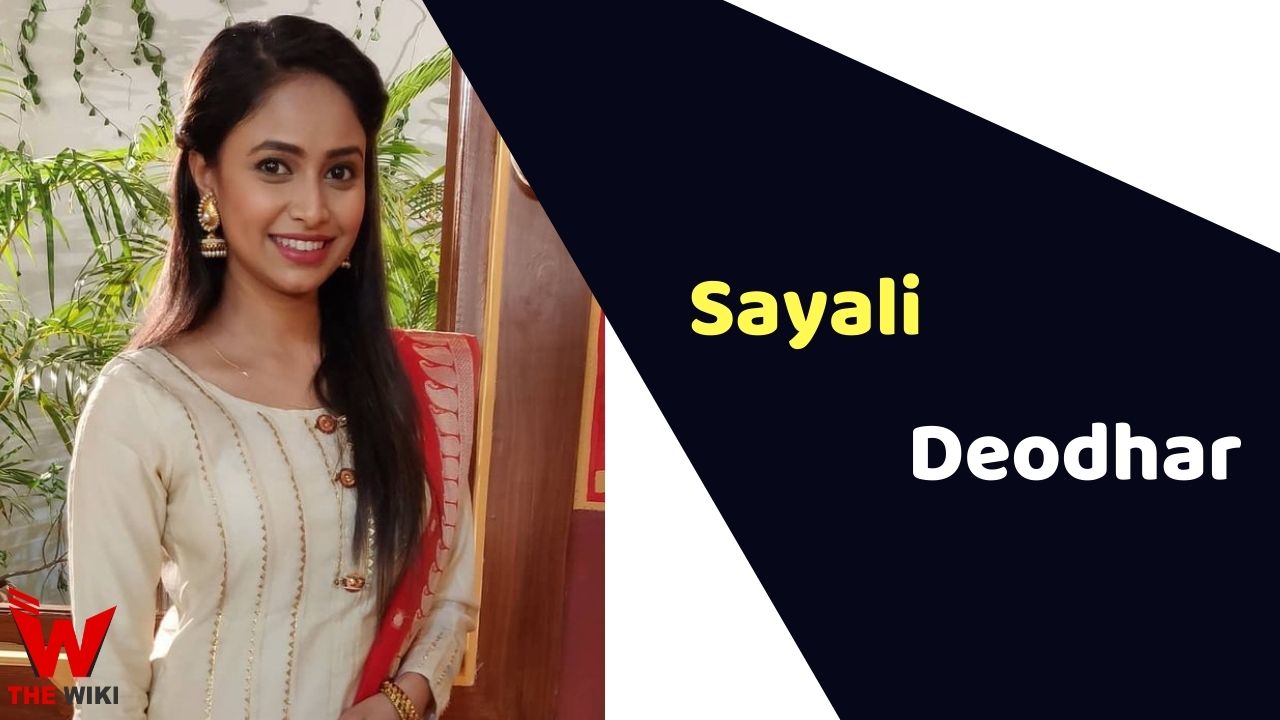 Sayali Deodhar is a Marathi film and television actress. She is known for playing lead role in Sony Marathi’s TV show Vaidehi. She is also popular for her work in Miss Match (2014), Lagna Pahave Karun (2013), Julun Yeti Reshimgathi (2014) and Brahm (2021).

Sayali Deodhar was born on 28 June 1990 in Pune, Maharashtra, India. She has two siblings named Kalyani Deodhar and Siddhi Deodhar. She did her schooling at Maharashtra Mandal School and graduated from Abhinav Kala Mahavidyalaya.

From 2016 to 2018, she starred in the TV serial Lek Majhi Ladki as Meera. In the year 2019, she got featured in Sony TV’s daily soap opera Navri Mile Navryala. Sayali has booked a principal role in the movie Brahm in the year 2021.

Sayali Deodhar tied the knot with Gaurav Burse in the year 2020. He is a singer and music composer.

Some Facts About Sayali Deodhar

If you have more details about Sayali Deodhar. Please comment below we will updated within a hour.