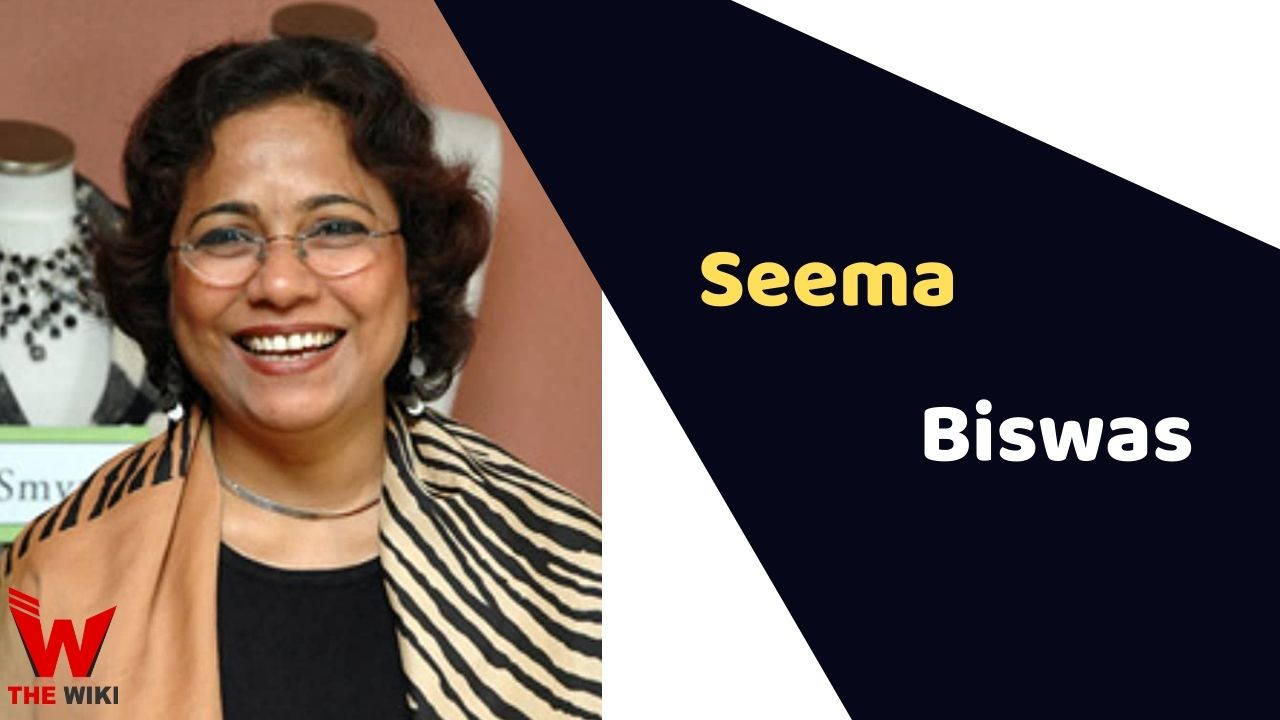 Seema Biswas is an Indian film, television and theatre actress. She is known for her role as Phoolan Devi in Bandit Queen in 1994. She has acted in movies in several languages including Hindi, Marathi, Malayalam, Bengali and Punjabi. Seema has been awarded Life Membership of International Film And Television Club of Asian Academy of Film & Television. She is continuously associated with the film industry for more than 3 decades.

Seema Biswas was born on 14th January, 1965 in Guwahati, Assam. Her father Jagdish Biswas was in construction business and her mother Meera Biswas was a history teacher and theatre artists in Assam. Seema has three siblings. Her two elder sisters are singers and a brother.

Her family shifted to Nalbari in Assam after her birth. She completed her primary education from Dhamadham School, Nalbari. Seema graduated from Nalbari College in political science with honours. She then moved to New Delhi study dramatic arts from National School of Drama. Her first husband was an alumnus of NSD and her second husband was a film producer named Nikhilesh Sharma.

Seema started her career in films with Amshini in 1988. She rose to fame in 1994 when she portrayed the role of Phoolan Devi in Shekhar Kapur’s film Bandit Queen. She won National Film Awards in 1995 and Filmfare Awards in 1997 in the category best actress and best female debut respectively for the movie. She won the Screen Award for Best Supporting Actress for playing the role of Flavy, a deaf and mute woman in Sanjay Leela Bhansali’s Khamoshi: The Musical in 1996.

Seema made her debut on small screen in 2014 with Maha Kumbh: Ek Rahasaya, Ek Kahani. She then appeared in Leila and Daadi Amma Daadi Amma Maan Jaao as Daadi Amma in 2020. Additionally, Biswas has appeared in web series: Coded M (2020) and The Family Man Season 2 (2021).

Some Facts About Seema Biswas

If you have more details about Seema Biswas. Please comment below we will updated within a hour.