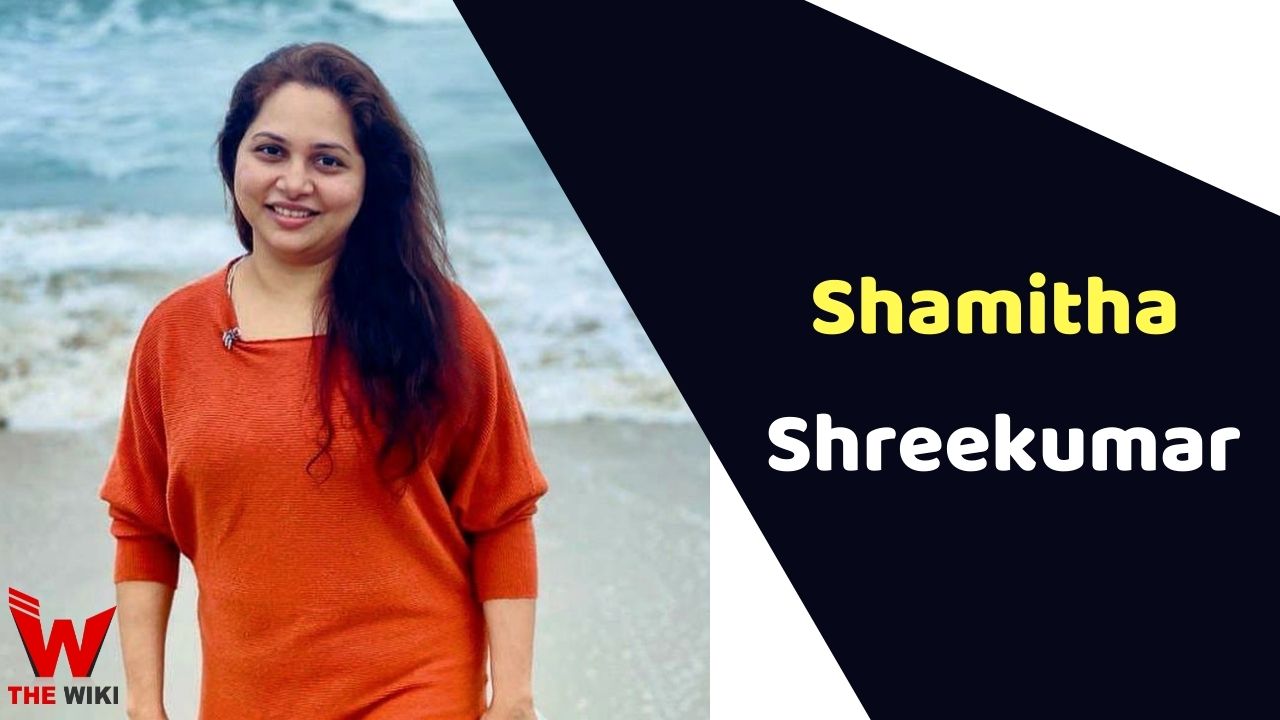 Shamitha Shreekumar is an Indian actress who predominantly works in Tamil TV industry. She has also done one Tamil film ’Pandvar Bhommi’ and was praised for her acting in this film. Although she is doing a brilliant job in Tamil TV serials. Her notable television shows are Sivasakthi, Pillai Nila, Puguntha Veedu and Ponnunjal.

Shamitha Shreekumar was born on 28 March 1980 in Chennai, Tamil Nadu. Her original name is Bhavani but she used Shamitha as her stage name. Her sister Rajeswari is also an actress. She did her schooling at Fathima Basheer Matriculation Higher Secondary School, Chennai, and went to Justice Basheer Ahmed Sayeed College for Women, Chennai for graduation but she had left her graduation course in the middle as she got a role in acting then she wants to focus more on that.

Shamitha started her career in 2001 from the Tamil movie Pandvar Bhommi and got fame by her portrayal of Jeeva. The film performed well commercially and later received the second prize award in the 2001 Tamil Nadu State Film Awards for Best Tamil film. Despite her getting so much appraisement, she didn’t get any other to work in the films. So, in the late 2000s, she has decided to step into the TV industry and started her TV career with a serial Shivashakti which was aired on Sun TV from 2008–2009.

In 2010, she was seen in the lead role of Nandhini in Sun TV’s show Vasantham. She subsequently appeared in Pillai Nila as Kokila, Puguntha Veedu as Radha, Thirumagal as Aishwarya and Ponnunjal as Nandhini.

Shamitha got married to Shreekumar in 2009 who is also a TV actor and they meet on the set of Sivasakthi show. Now she is a mother of two children.

If you have more details about Shamitha Shreekumar. Please comment below we will updated within a hour.