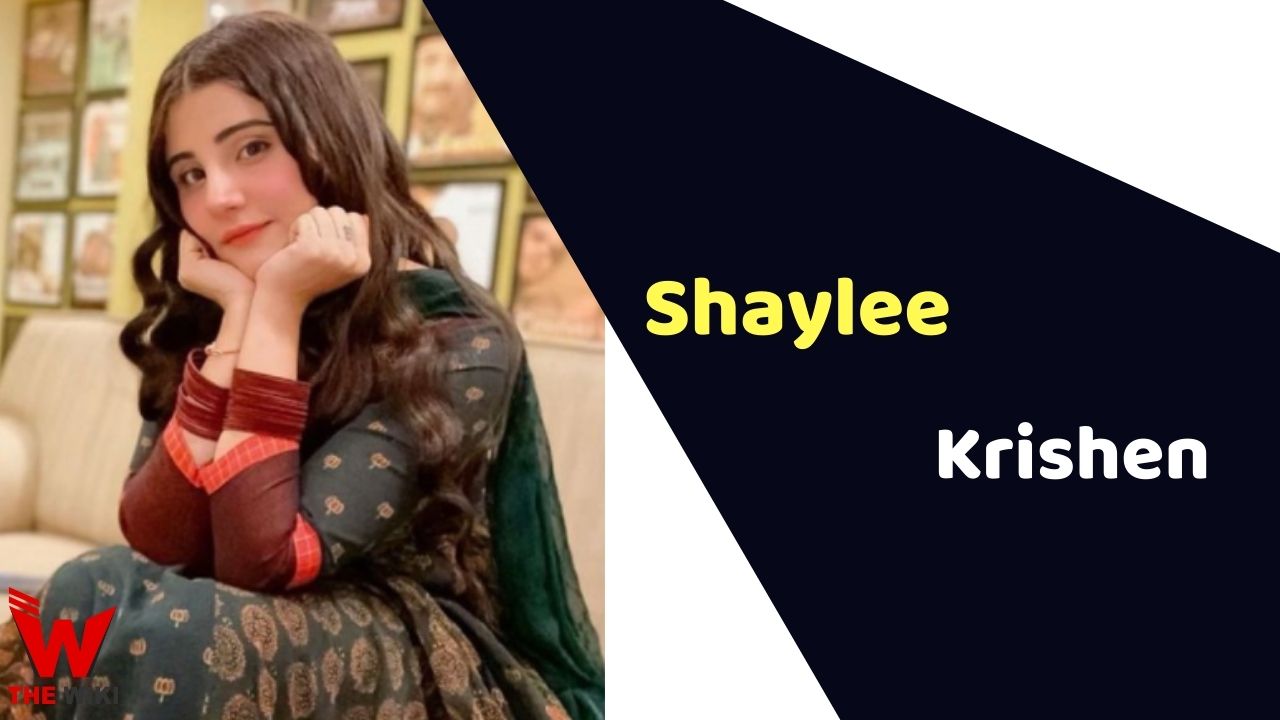 Shaylee Krishen is an Indian actress. She is famous for her role of Pari played in the web series The Last Hour. She started her career with the bilingual film Moha in the year 2019. After which she acted in two Malayalam films Jack and Jill and Bermuda.

Shaylee Krishen was born on 1 December 1998 in Janglatmandi, Jammu and Kashmir to a Kashmiri Pandit family. Her father’s name is Maharaj Krishen and mother’s name is Jeet Krishen. She also has two brothers Aditya Krishen and Ryan Krishen in the family. Shaylee completed her schooling from Kashmir Girls Higher Secondary and studied audiology from same school.

Shaylee started her journey through modeling. During this time, she got a chance to work with famous photographer Ravi Varman. He inspired Shaylee to pursue a career in adverting as well as in the film industry.

As an actor, Shaylee started her career with the film Moha directed by Padma Sri Santhosh Sivan. After this film, she was also seen in important roles in Jack and Jill and Bermuda. Shaylee gained fame in the film industry from the 2021 Amazon Prime series The Last Hour, in which she worked with artists such as Sanjay Kapoor, Shahana Goswami, Raima Sen, Karma Takapa.

Some Facts About Shaylee Krishen

If you have more details about Shaylee Krishen. Please comment below we will updated within a hour.