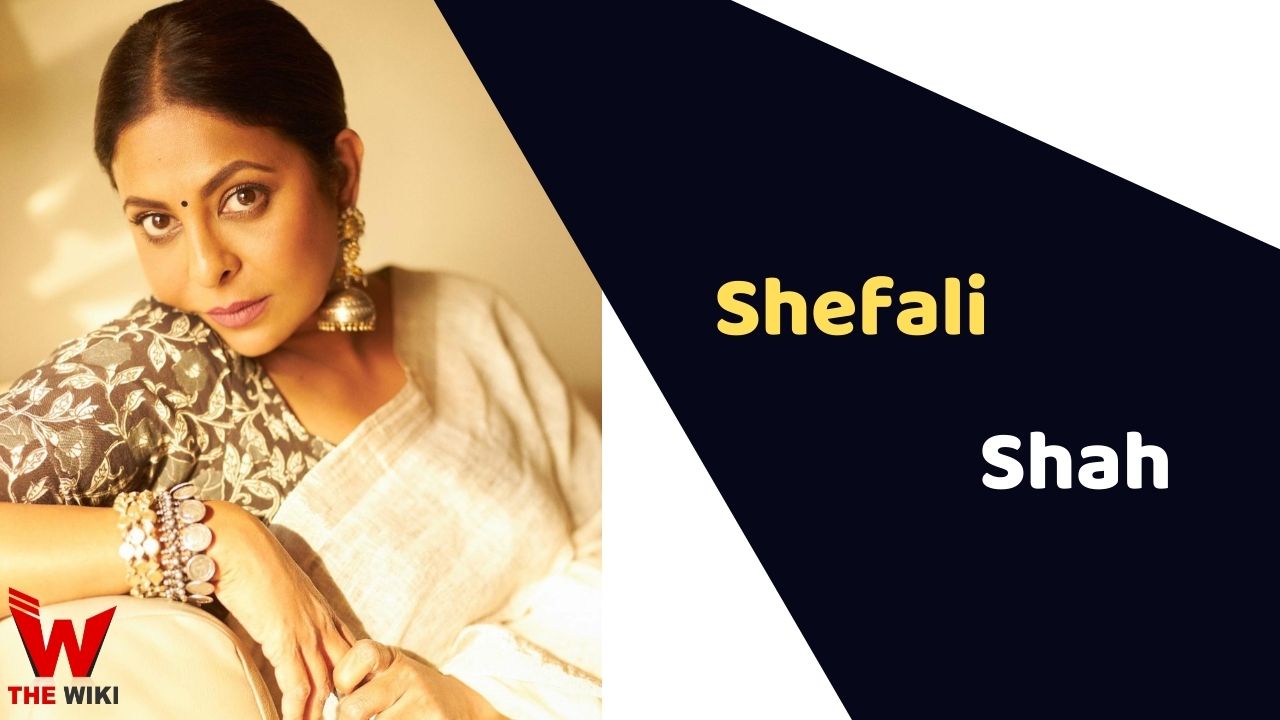 Shefali Shah is an Indian film & television actress, and dubbing artist. She is best known for her performance in Bollywood film like Waqt: The Race Against Time and Dil Dhadakne Do, Gandhi, My Father and Mohabbatein. Shefali got recognition for starring in the film Satya in 1998. She has been nominated and won several awards for her outstanding performance in the entertainment industry.

Shefali Shah was born on 20 July 1972 to Shudhakar Shetty and Shobha Shetty in Mumbai, Maharashtra. Her mother is a homeopathy doctor while father is a former RBI employee. They lived in RBI headquarters in Santa Cruz, Mumbai. Shefali went to Arya Vidya Mandir.

Shefali entered in film industry in 1995 with the movie Rangeela. She came to limelight for playing the role of supporting actress in Satya in 1998. She won the Best Actress Filmfare Critics Award at the 44th Filmfare Awards and she was also nominated for the Best Supporting Actress Critics Award for her role.

She acted in the movie Waqt: The race against time as Amitabh Bachchan’s wife. Shefali portrayed the role of Kasturba Gandhi in 2007 movie Gandhi, My Father. She won Zee Cine Awards for Best Actress(critics), Tokyo Film Festival award for Best Actress and was nominated for Best Supporting Actress in Screen Awards & Producers Guild Film Awards.

Shefali made her television debut in 1993 with a Doordarshan serial Aarohan. She has worked in several hindi tv serials including Naya Nukkad (1993), Hasratein (1996), Ramayan (2008). She has also acted in episodic tv show Savdhaan India.

Shefali was married to actor Harsh Chhaya from 1997-2001. Chhaya is an actor and widely worked in the Hindi TV industry in supporting roles. In 2000, she tied knots with film producer and director Vipul Amrutlal Shah. Shefali has two sons Aryaman and Maurya.

Some Facts About Shefali Shah

If you have more details about Shefali Shah. Please comment below we will updated within a hour.