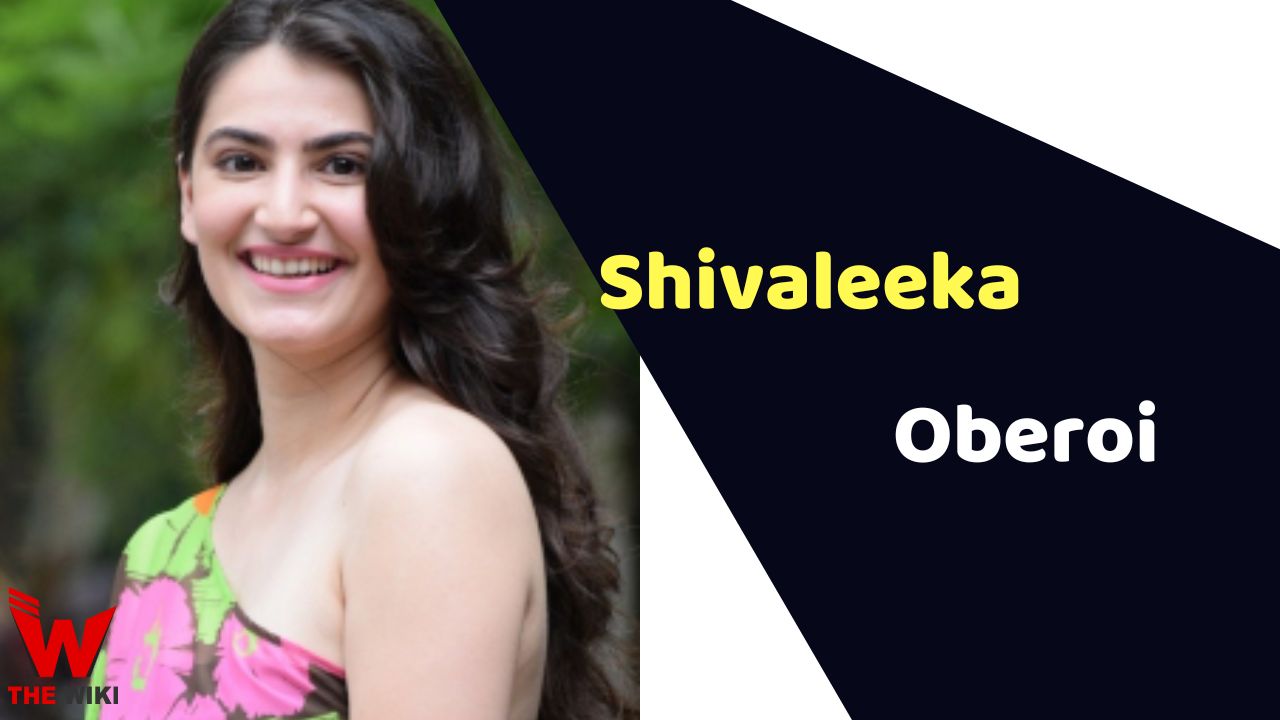 Shivaleeka Oberoi is an Indian actress who works in the Hindi film industry. She made her debut with the Amrish Puri’s grandson romantic thriller movie Yeh Saali Aashiqui in 2019. She also shared the screen with Vidyut Jammwal in the movie Khuda Hafiz which was directed by Faruk Kabit in the year 2020.

Shivaleeka was born on 24 July 1995 in Mumbai, Maharashtra. She is the granddaughter of a famous film producer Mahavir Oberoi. Her mother’s name is Sarina Oberoi who is a teacher. Shivaleeka did her schooling at two different schools named Jamnabai Narsee School Mumbai, and Arya Vidya Mandir, Mumbai. After that, she completed her graduation from Mumbai University where she did Majors in English and Psychology. She also did a diploma course in Anupam Kher’s Actor Prepares Acting Institute.

Shivaleeka started as an assistant director at Nadiadwala Grandson Entertainment Productions for the movie Kick (2014) and Housefull 3 (2016). After that, she started auditioning for films and along with it, she worked as a model in the print-shoots before she landed her first film in the year 2019.

She debuted with the romantic thriller movie Yeh Saali Aashiqui, where she starred opposite to Vardhan Puri. The movie was directed by Cherag Ruparel and it was produced by Pen India Limited and Amish Puri Films.She was seen with the actor Vidyut Jammwal in Frauk Kabir’s action thriller film movie Khuda Hafiz and its sequel Khuda Haafiz Chapter 2 – Agni Pariksha.

Shivaleeka Oberoi had an affair with a Naamkarann fame actor named Karam Rajpal. The couple had announced roka/engagement on on 15 January 2018.

Some Facts About Shivaleeka Oberoi

If you have more details about Shivaleeka Oberoi. Please comment below we will update within an hour.