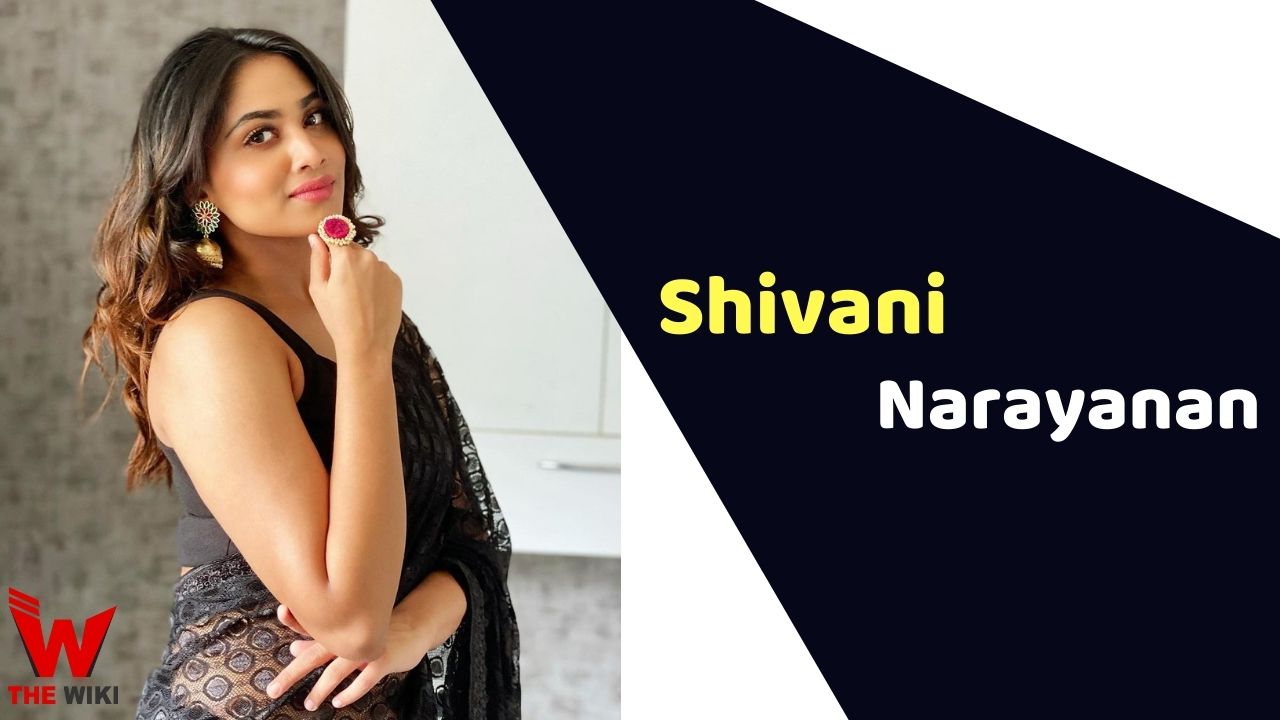 Shivani Narayanan was born on 5 May 2001 to Akila Narayanan. She has completed her primary schooling from Vidya Mandir School, Chennai. Narayanan started receiving modelling assignments, while she was in her high school. She began her modelling career in 2015.

Narayanan made her television debut with the Star Vijay show Saravanan Meenatchi in 2016. She was part of several popular TV shows such as Kadaikutty Singam, Pagal Nilavu, Rettai Roja, Saravanan Meenatchi etc. She has also participated in the reality show “Bigg Boss Tamil Season 4” as a contestant which was hosted by superstar Kamal Hasan.

Some Facts About Shivani Narayanan

If you have more details about Shivani Narayanan. Please comment below we will updated within a hour.