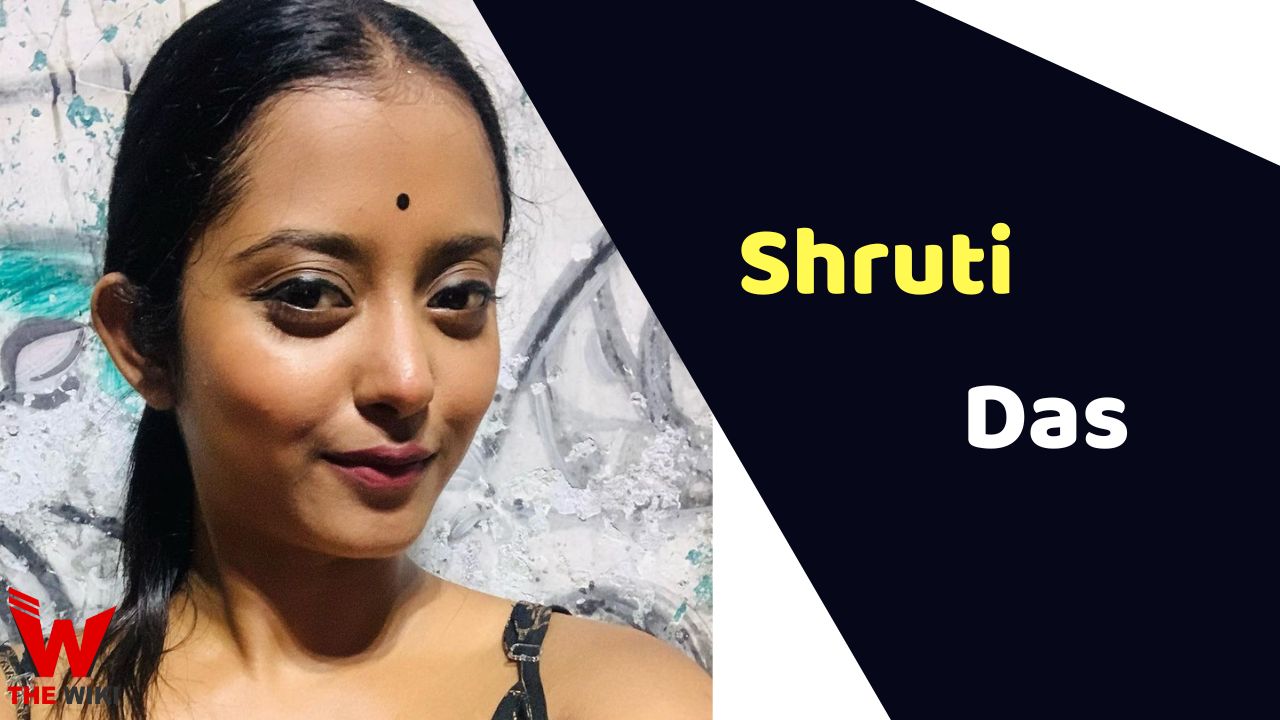 Shruti Das is an Indian actress, model and social media influencer who mainly works in Bengali TV serials. She is popularly known for playing the character of Nayan in Zee Bangla’s popular TV show Trinayani in 2019. She has worked in some serials like Desher Maati and Ranga Bou.

Shruti Das was born on 30 September 1996 in Katwa, West Bengal. She has completed her schooling from DDC Girls High School, Katwa and then went to Vidyasagar College to pursue her graduation degree.

Shruti started her career by participating in several model competitions and fashion shows. After brief modeling career in 2019, she got opportunity for playing a main role of Nayan with alongside Gourab Roy Chowdhury in Bengali dramatic serial Trinayani aired on Zee Bangla. After then she appeared in Star Jalsha’s romantic TV serial Desher Maati where she portrayed the role of Noa Bose Mukherjee in 2021.

In 2022, Shruti was seen as Pakhi in period drama Ranga Bou alongside Gourab Roy Chowdhury.

Shruti Das has married with an Bengali director and producer Swornendu Samaddaar on 30 September.

Some Facts About Shruti Das

If you have more details about Shruti Das. Please comment below we will update within an hour.