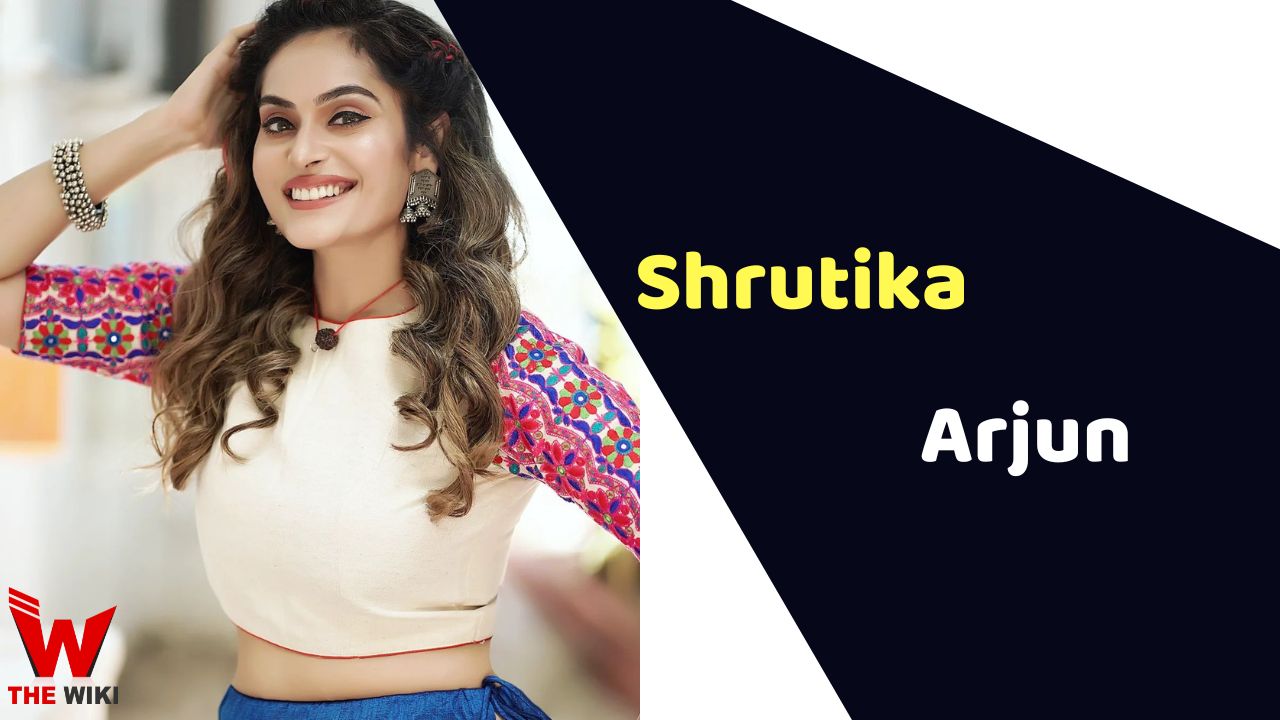 Shrutika Arjun (aka Shrutika Eamon Gorman Ganguly) is an Indian actress who mainly works in the Tamil television and film industry. She appeared in a few films such as Swapnam Kondu Thulabharam, Nala Damayanthi, etc. She is also the winner of a reality show named Cooku with Comali 3.

Shrutika was born in 1986 in Tamil Nadu, India. Her father’s name is Shivshankar. She is the granddaughter of a famous actor in the Tamil film industry named Thengai Srinivasan. Shrutika has a sibling named Adithya Shivpink who is also an actor. She was married to a businessman named Arjun.

She did her schooling at a local school in Chennai. After that she went to SRM College, Chennai for graduation in Visual Communication.

Shrutika got offers for films from the early age of 13 but her parents denied them because she was too young to be a heroine. At the age of 16, she started her career in acting in 2002 by signing a Tamil film Shree. Since then she worked in various movies such as Kavithalayaa Productions, Swapnam Kondu Thulabharam, Thithikudhe (as a supporting role), and Nala Damayanthi (2003), and many more. Shrutika left acting to pursue her graduation in Visual Communication.

In 2022, she returned to the acting world by doing a reality show named Cook with Comali as a contestant. This show brought much popularity to her.

Shrutika was married to a businessman named Arjun in 2010. The couple was blessed with a son named Aarav.

Some Facts About Shrutika Arjun

If you have more details about Shrutika Arjun. Please comment below we will update within an hour.