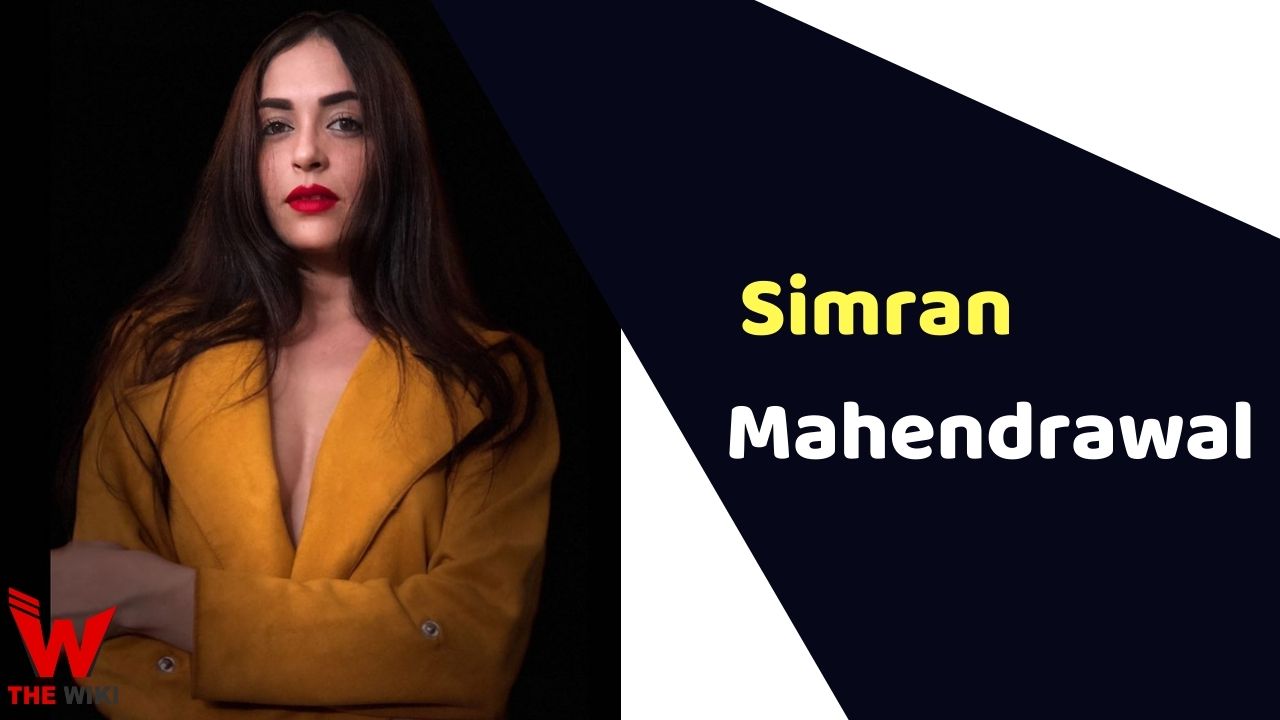 Simran Mahendrawal (also known as Simi Mahendrawal), is an Indian television actress and model. She is known television show MTV Splitsvilla and Naagin 5. She has represented India on several international fashion competitions, besides, that she has also modelled for several brands.

Simran Mahendrawal was born on 13 October, 1995 in Delhi, India. She is currently living in Mumbai, Maharashtra. Simran started her modelling career by participating in Top Model of The World (Egypt) in 2015 and won the crown. In the same year she participated in Indian Princess, another model show, where she represented Delhi and bagged the crown once more.

Mahendrawal got featured in fashion magazines like the Cosmopolitan and Cosmo India Magazine and worked in print shoots of several clothes brands. She has worked as a fashion model for designers like Manish Reshamwala and Archana Kochar.

In 2014, She made her television debut with MTV popular dating reality show Splitsvilla season 7. After that she was also appeared in TV shows like Naagin 5 and Ishqbaaz.

Some Facts About Simran Mahendrawal

If you have more details about Simran Mahendrawal. Please comment below we will updated within a hour.