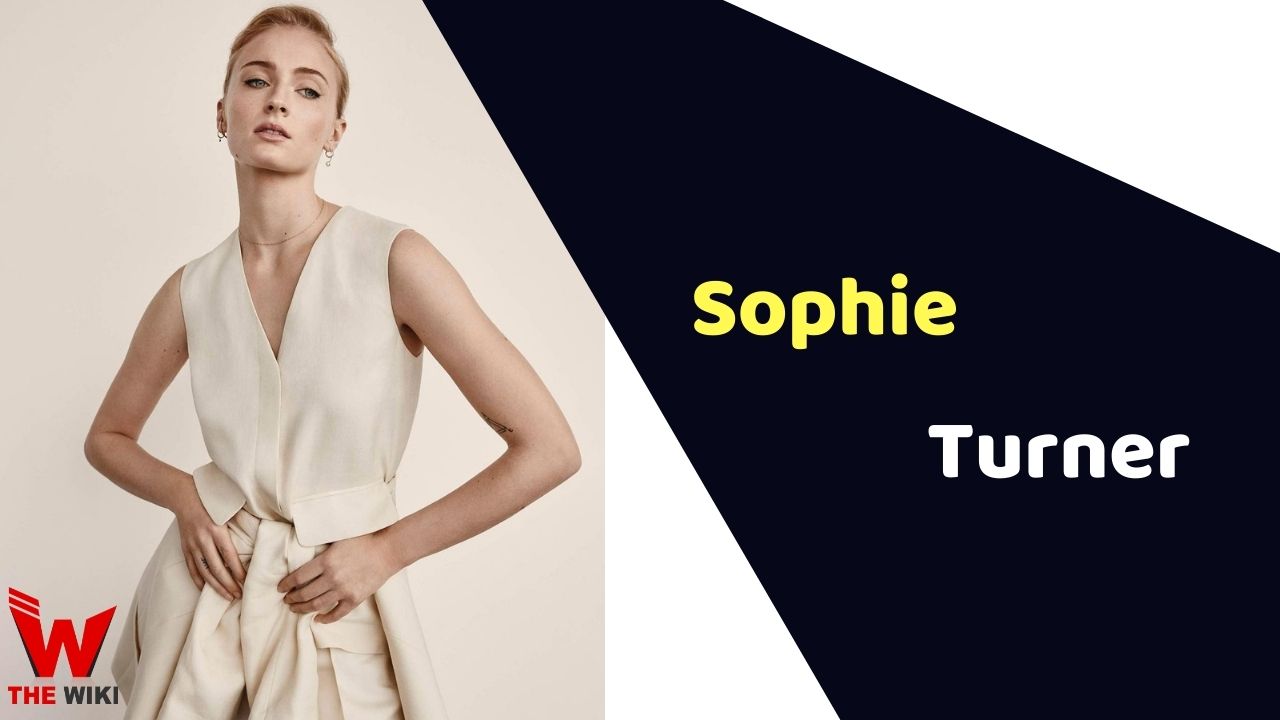 Sophie Belinda Jonas is a British-American actress. She made her acting debut as Sansa Stark in series Game of Thrones, for which she received a Primetime Emmy Award nomination for the Outstanding Supporting Actress in a Drama Series in 2019 and won numerous awards such as Empire Hero Award in 2015, Best UK TV actress in Glamour awards in 2016 and EWwy Award for Best Supporting Actress, Drama in 2016.

Sophie Belinda Turner was born on 21 February 1996, in Northampton, England to parents Sally, a nursery school teacher and Andrew, who works for a pallet distribution company. Her family moved to Chesterton, Warwickshire when she was 2 years old. Sophie went to Warwick Prep School until she was 11, and later attended the independent The King’s High School for Girls. She had two older twin brothers but died before her birth. She grew up in a large Edwardian house, near Leamington Spa.

Turner was made her television debut as Sansa Stark, a young noblewoman in series Game of Thrones in August 2009 when she was just 13 years old. This role proved to be a breakthrough for her and it was well appreciated by the audience. In 2013, she had her first movie role as the lead character in the independent thriller film Another Me and later starred as Adeline in the same year in television film The Thirteenth Tale.

She was also cast in the comedy film Barely Lethal, alongside Hailee Steinfeld, which was released on 29 May 2015. Turner played mutant Jean Grey in X-Men: Apocalypse, which was released in May 2016 to mixed critical success. In summer 2016 she hosted the web video “Power shift” in partnership with the Huffington Post and became patron of Women for Women, an organization that supports female war survivors in March 2017.

In November 2017, Sophie turned producer and was cast to play Juliane Koepcke in the movie Girl Who Fell From the Sky. In March-April 2018, she filmed the independent film Heavy in Toronto, Ontario, Canada. She reprised her role in June 2019 as Jean Grey in the X-Men film Dark Phoenix, which takes place in 1992 and follows the events of Apocalypse. In September 2019, Turner was cast in the thriller television show Survive.

Sophie Turner started dating American singer Joe Jonas in 2016 and got engaged in October 2017. They got married on 1 May 2019 in Las Vegas, Nevada. They held their second wedding in Paris, France on 29 June 2019. In July 2020, Turner gave birth to their daughter.

Some Facts About Sophie Turner

If you have more details about Sophie Turner. Please comment below we will updated within a hour.