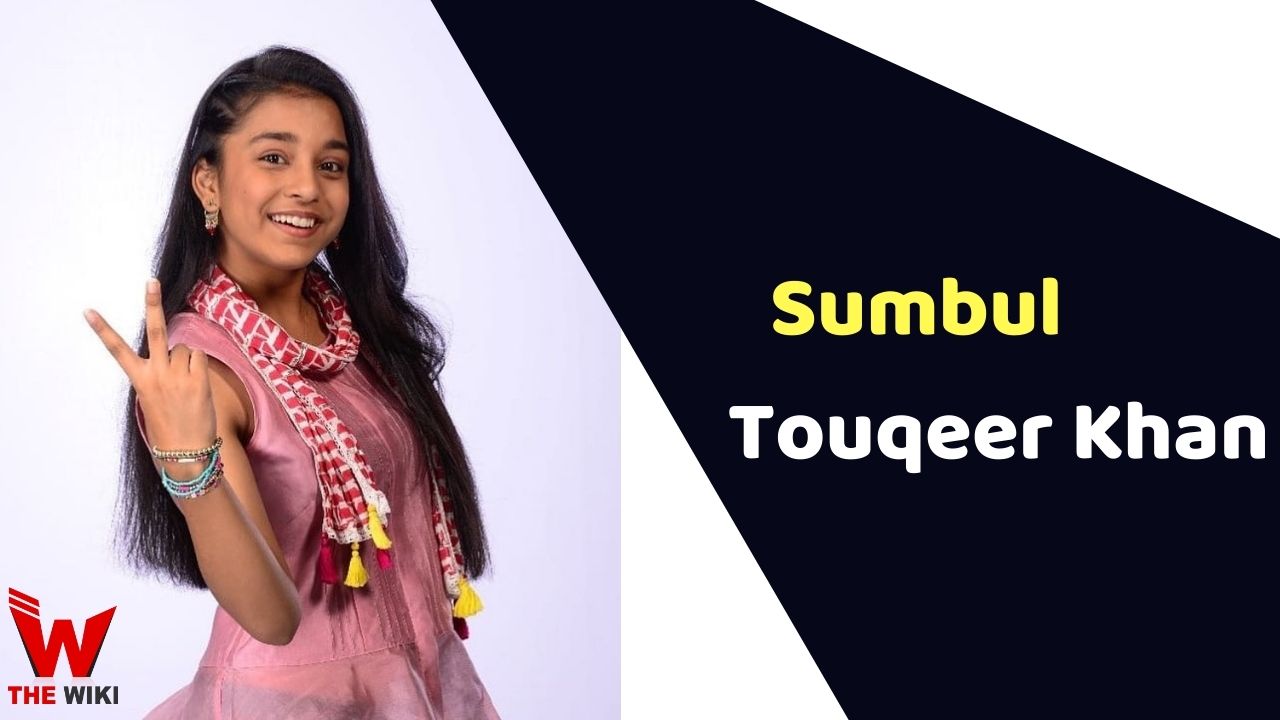 Sumbul Touqeer Khan is an Indian film and television actress. She is known playing female protagonist role in Star Plus television show Imlie. She also worked in popular TV shows like Chandragupta Maurya, Ishaaron Ishaaron Mein and Waaris. In 2022, she participated as one the contestant of Big Boss Season 16.

Sumbul Khan was born on 15 November 2003 in Delhi to a Muslim family. Her father Touqeer Hasan Khan is a Choreographer in television industry. She has an younger sister, Saniya Touqeer who is also an actress. Her parents were separated, when she was six. Her father raised her.

Sumbul has started her career as a child artist in television industry. She starred in the character of Mehtab (niece of Akbar) in Jodha Akbar followed by Waaris on &TV channel. In 2009, she entered Sony TV’s show, Chandragupta Maurya. where she portrayed the important role of Shubhada. In 2019, she made her Bollywood debut with the film Article 15.

Some Facts About Sumbul Touqeer Khan

If you have more details about Sumbul Touqeer Khan. Please comment below we will updated within a hour.