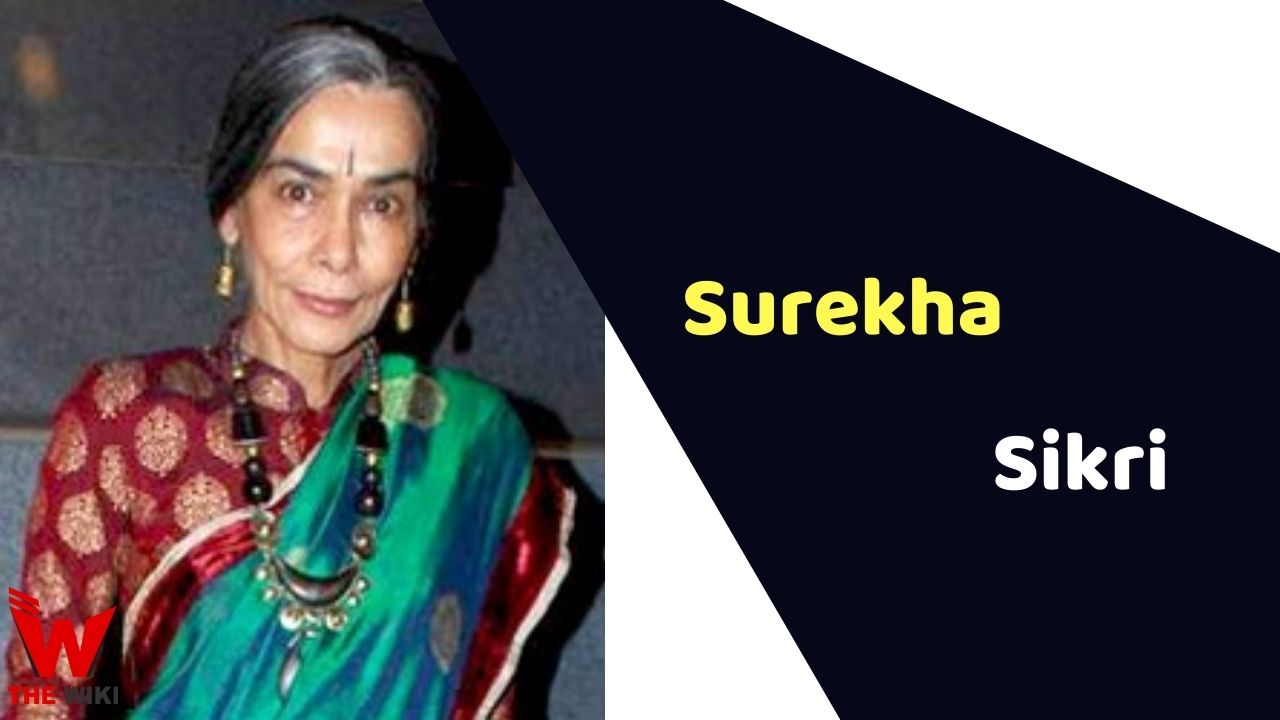 Surekha Sikri was an Indian television and film actress. She is primarily known for her role as Dadisa in the television show Balika Vadhu. Surekha started her acting journey with the 1978 film Kissa Kursi Ka. She has been honored with National Film Award, Indian Telly Award for Best Actress, Filmfare Award etc. Her last film was Badhaai Ho, which came in the year 2018.

Surekha Sikri was born on 19 April 1945 in Almora, Uttar Pradesh. Her father was working in the Indian Air Force while mother was a teacher. Surekha was fond of acting since childhood and often participated in theatrical stage and dance competition. After completing her graduation, she chose acting as her career and joined the National School of Drama. Surekha worked with many famous film directors and actors during this period.

Surekha moved to Mumbai to make a career in the film industry, in the 70s. She got her first breakthrough role in 1978 film Kissa Kursi Ka, in which she worked with famous actors like Shabana Azmi, Utpal Dutt, Rehana Sultan and Manohar Singh. After this film, she was seen playing supporting roles in many films. She worked in more than 100 films in her career. Her major films include names like Dev.D, Jo Bole So Nihaal, Dillagi, Badhaai Ho and Sarfarosh.

Apart from films, Surekha was also very active in the television world. From the year 1996, she started working actively in the television industry. She became a household name among the Indian audience with her portrayal of Balika Vadhu.

Surekha was married to Hemant Rege with whom she has a son, Rahul Sikri. Rahul is an artist. Hemant died on 20 October 2009 due to heart failure.

Some Facts About Surekha Sikri

If you have more details about Surekha Sikri. Please comment below we will updated within a hour.