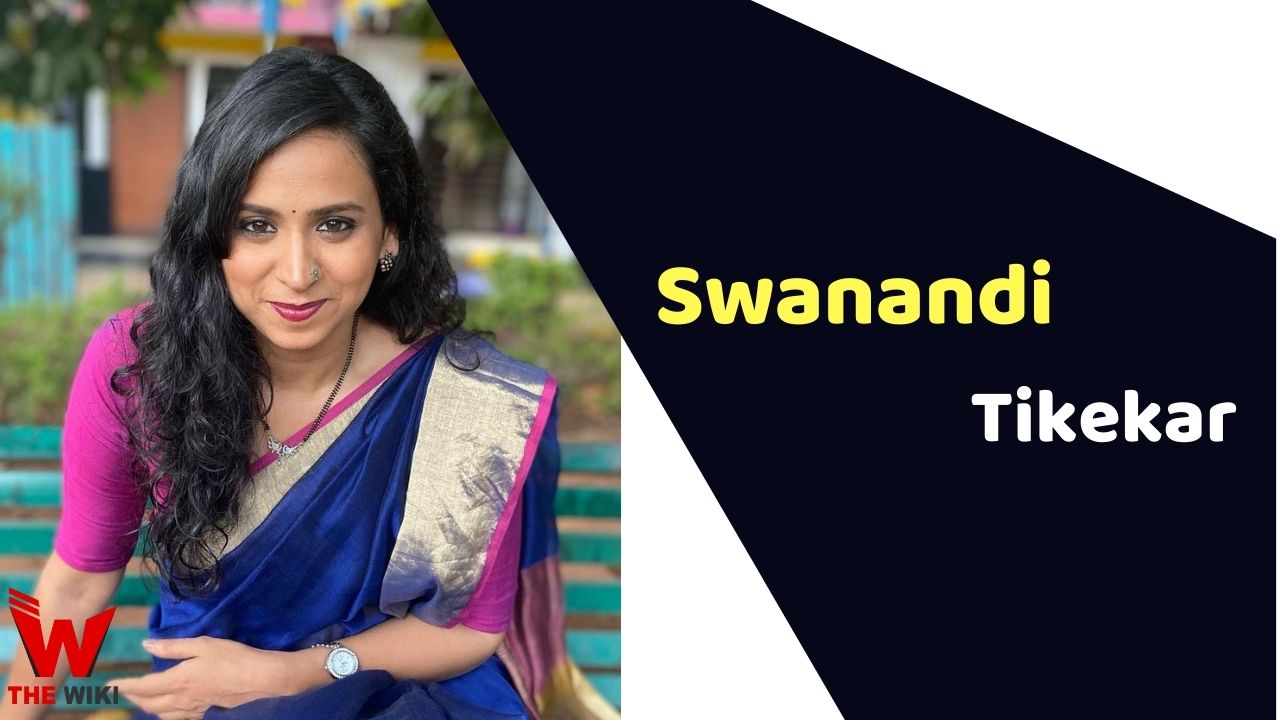 Swanandi Tikekar is an Indian television actress and singer. She mostly works in a Marathi films and serials. She is well known for her role as Minal in Dil Dosti Duniyadari and Sakhi Kurtadkar in Assa Maher Nako Ga Bai. Tikekar is winner of the popular singing contest Singing Star.

Swanandi Tikekar was born on 13 November 1990 to Uday Tikekar and Arati Ankalikar Tikekar. She pursued her masters in law from ILS Law College. She was passionate for acting since childhood as both her parents were in the entertainment industry and performed many one-acts play in her school days.

Swanandi Tikekar debuted in acting with serial Abhalmaya as a child actor. She is well known for serial Dil Dosti Duniyadari as Meenal Shewale (2015-2016) and Dil Dosti Dobara as Mukta (2017). Both shows aired on Zee Marathi. She is winner of show Singing Star (2020) which aired on Sony Marathi. In 2020-21, she is seen in show Assa Maher Nako Ga Bai as Sakhi Kurtadkar.