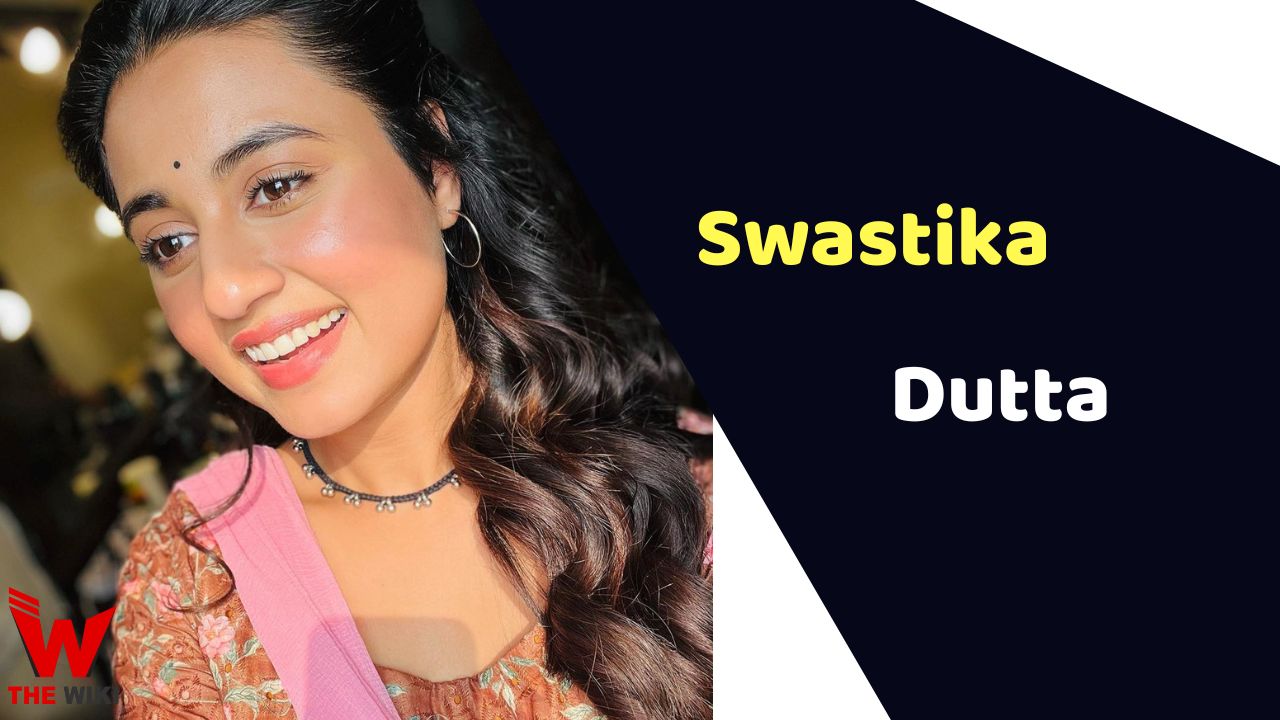 Swastika Dutta is an Indian actress and model who predominately works in Bengali television and film industry. She is popularly known for playing a role of Dali in the daily soap opera serial Bhojo Gobindo in 2017-18. Besides, she has worked in several TV serials like Dugga Dugga, Bijoyinee, Thakumar Jhuli, Tomar Khola Hawa etc. Swastika has also worked in many Bengali films like Parbona Ami Chartey Tokey, Abhimaan and Jete Nahi Dibo.

Swastika was born in Kolkata, West Bengal. After studies, she started her acting career by making debut in Bengali film Parbona Ami Chartey Tokey where she played a role of Aparna’s friend in 2015. She worked with Bonny Sengupta and Koushani Mukherjee in this film. Later she appeared in some film like Haripada Bandwala (2016) and Abhimaan (2016).

After making her debut in film industry, Swastika made her debut in TV serial Dugga Dugga as Tara in 2016. In 2017, she got immense popularity for appearing in dramatic serial Bhojo Gobindo where she played a role of Dali in 2017-18.  Later, Swastika got to known for playing a role of Keka in the daily soap opera Bijoyinee in 2018-19. In 2022, she grabbed headlines for appearing in Zee Bangla’s Tomar Khola Hawa, portraying the role of Jhilmil with alongside Subhankar Saha.

Some Facts About Swastika Dutta

If you have more details about Swastika Dutta. Please comment below we will update within an hour.