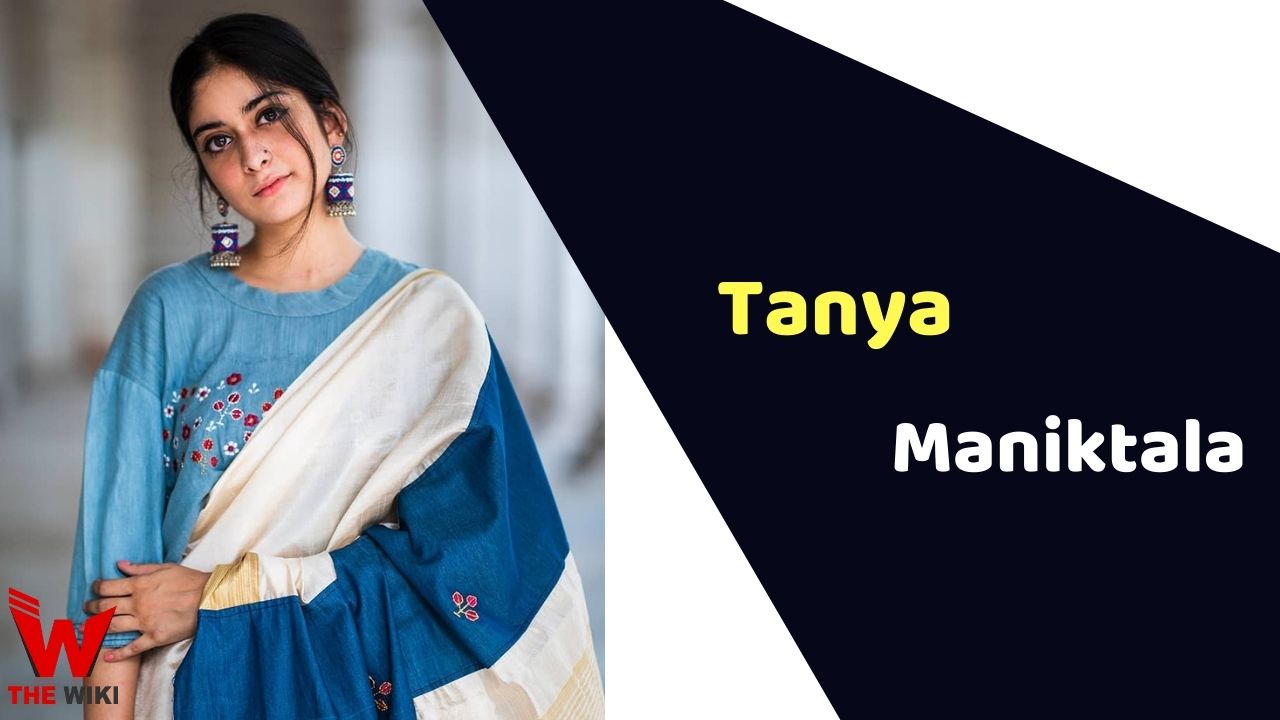 Tanya Maniktala is an Indian actress. She gained huge popularity after appearing as Ishita in the web series Flames. She also worked in several web series such as A Suitable Boy, Chutzpah and Feels Like Ishq. In 2020, she received a award at Toronto International Film Festival for her performance in the film A Suitable Boy.

Tanya Maniktala was born on 7 July 1997 in New Delhi. She went to St. Francis De Sales School, Janakpuri for her schooling. She did her graduation in Bachelor’s of Arts in English Literature from Shivaji College, Delhi University. Tanya used to work as an content writing intern for a social media website ‘The Social Rush’. She was passionate about acting and wanted to be an actress since her college days.

In 2018, she got chance to debut as Ishita in TVF’s web series Flames opposite to Ritvik Sahore. She became famous among teen audience and later featured in a Netflix mini-series A Suitable Boy starring Ishaan Khatter and Tabu. Her other credits include Chutzpah, Feels Like Ishq and How To Fall In Love. In 2022, she appeared in third season of Flames.

Some Facts About Tanya Maniktala

If you have more details about Tanya Maniktala. Please comment below we will updated within a hour.