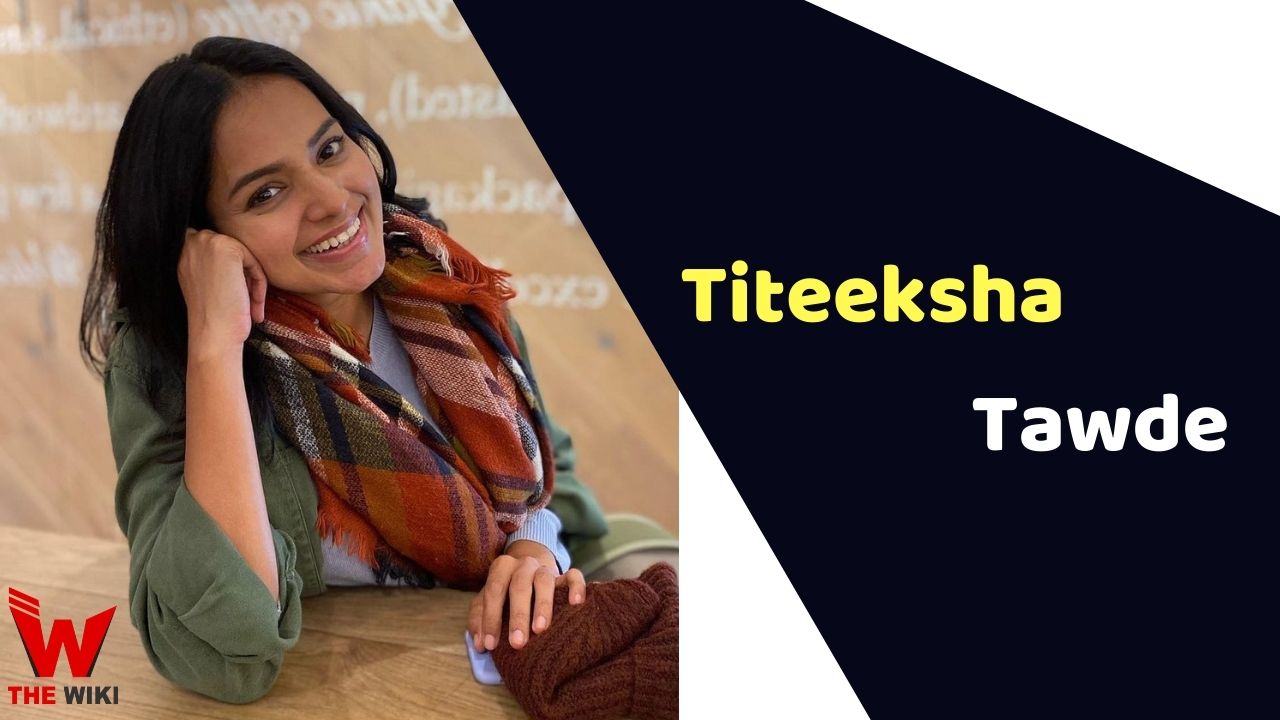 Titeeksha Tawde is an Indian television and film actress who predominantly works in the Marathi industry. She is famous for her work in Jayanti (2021), Saraswati (2015), and Tu Ashi Jawali Raha (2018). Titeeksha has been active in entertainment industry since 2015.

Titeeksha Tawde was born on 3 July 1990 in Dombivali, Maharashtra. She has an actor sister named Khushboo Tawde and a younger brother Satish Tawde in the family. Titeeksha completed her schooling at Chandrakant Patkar Vidyalaya Dombivali and graduated from Mulund Commerce college. She signed up for IHM and obtained her degree in HMCT.

Titeeksha began her career with the television drama serial Saraswati as female lead, who lives in a small town with love and kindness, the show aired on Colors TV in 2015. The same year, she appeared in the Zee Marathi’s serial Ase He Kanyadan as Anu. She got featured in the Marathi TV family series Tu Ashi Jawali Raha as Manvaa in 2018. Titeeksha made her film debut with the Marathi drama film Jayanti in 2021.

Some Facts About Titeeksha Tawde

If you have more details about Titeeksha Tawde. Please comment below we will updated within a hour.