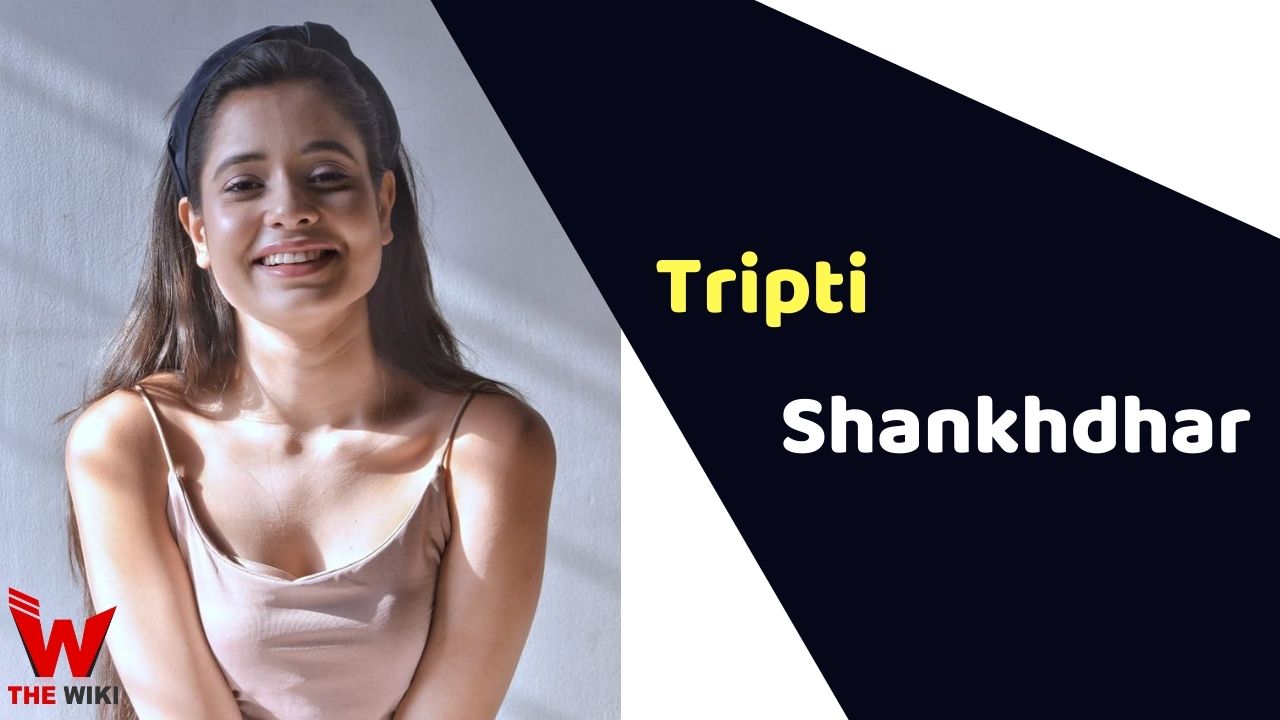 Tripti Shankhdhar is an Indian television actor and model. She is known for her role Maya in Kumkum Bhagya. Shankhdhar started her career as a model. She is originally from Bareilly, Uttar Pradesh.

Tripti Shankhdhar was born on 20 September 2001 in Bareilly, Uttar Pradesh. After having started her career in acting, she shifted to Mumbai, Maharashtra with her mother. Her mother is a homemaker and her father, Ram Ratan Shankhdhar is a real estate businessman. Tripti belongs to a typical Hindu family.

She completed her schooling at Sobtis Public School, Bareilly. Presently, she is pursuing her graduation in acting from the Institute of Creative Excellence in Mumbai, Maharashtra.

Shankhdhar began her career with modeling. She participated in various local fashion and modeling events and then moved to Mumbai to become an actor.

In 2014, she debuted on the small screen from Zee TV’s television serial Kumkum Bhagya. She was portraying a supporting role in the serial and her character was of Maya. She also acted in a South film Oye Idiot (2020) and was seen in a supporting role.

Some Facts About Tripti Shankhdhar

If you have more details about Tripti Shankhdhar. Please comment below we will updated within a hour.