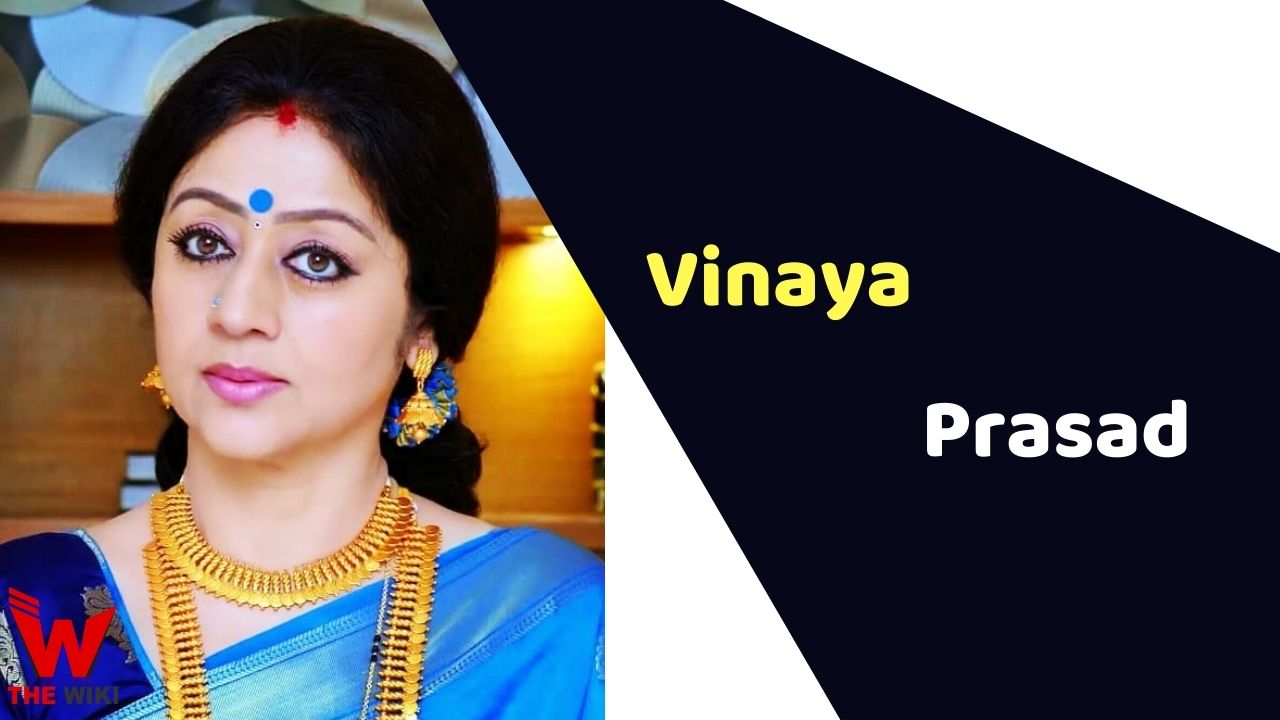 Vinaya Prasad is an Indian television and film actress. She is mostly seen in Kannada and Malayalam films and TV series. She has won the State Best Actress Award for her performances in Aathanka (1993) and Bannada Hejje (2001).

Viaya Prasad born as Viaya Bhats on 22 November, 1965 in Udupi, Karnataka, India to parents Krishna Bhat and Vatsala Bhat. She has a brother Ravi Bhat and 3 sisters Kripa Bhat, Vijaya Satyanarayana and Kshama Bhat. She completed schooling and graduation from there only.

Vinaya made her film debut with a small role in G. V. Iyer’s, Madhwacharya in 1988. She played lead role in Ganeshana Maduve opposite Anant Nag. Vinaya has been part of many notable Kannada films such as Neenu Nakkare Haalu Sakkare, Gauri Ganesha, Mysore Jaana and Suryodaya. She has also been part of many Tamil, Telugu and Malayalam film. Vinaya starred in the longest-running and most popular daily soap opera on Malayalam TV, Sthree, which aired from late 1998 to mid 2000 on Asianet television channel.

Vinaya later starred in the all-time blockbuster Manichitrathazhu, in a supporting role. She worked in Tamil films and has acted as the heroine in the hit movie Thaikulame. In Telugu, Prasad’s movies include Indra, Donga Dongadi and Andhrudu, for which her performance won a lot of praise. In 2006, she returned to the Malayalam small screen to reprise her role as Indu in the sequel to the original Sthree.

Vinaya Prasad was first married in 1988 to V. R. K Prasad, an award-winning director and editor of Kannada films who expired in 1995 at a young age. The couple had a daughter, Prathama Prasad. She later married then Jyotiprakash, a former widower, in 2002. Jyotiprakash already has a son named Jai Atre from his previous marriage who is also in to film direction and screen-writing in Mumbai.

Some Facts About Vinaya Prasad

If you have more details about Vinaya Prasad. Please comment below we will updated within a hour.