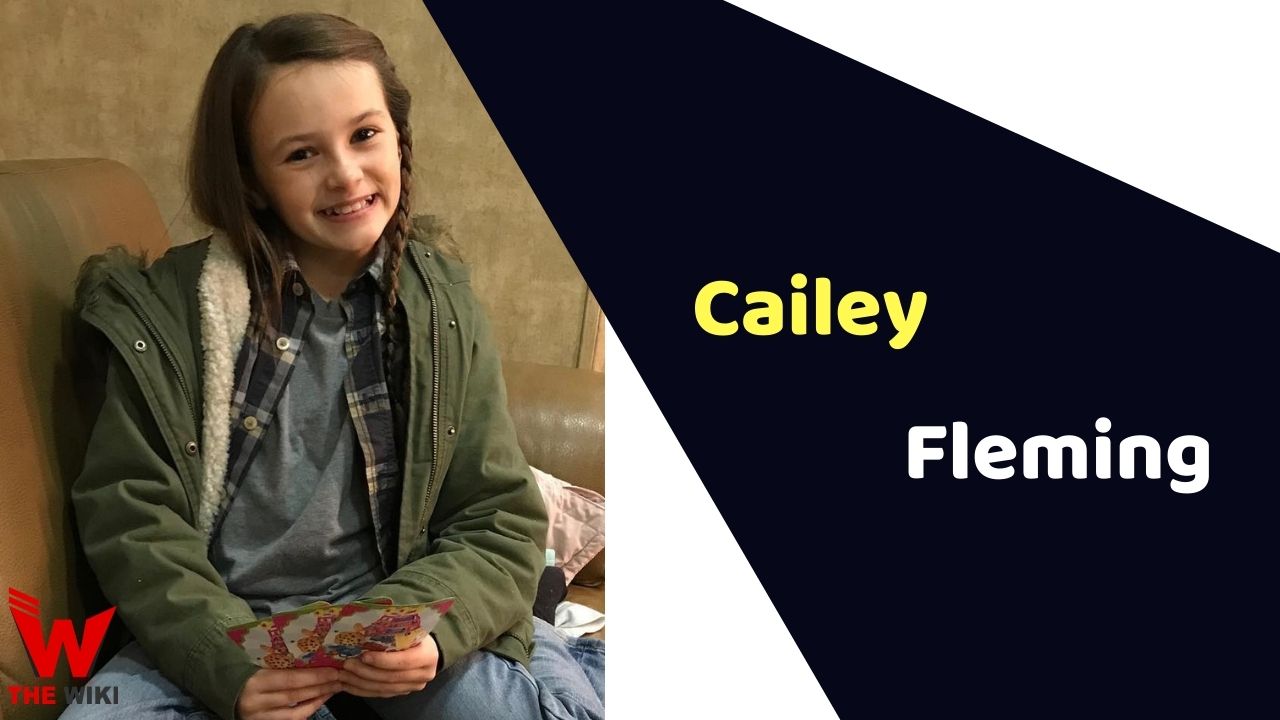 Cailey Presley Fleming is a British film and television child actress. She is renowned for her character as Judith Grimes in the AMC television series The Walking Dead in the year 2018. She has done various movies and television series like Armed Respone, Hover, Stars Wars: The Rise of Skywalker, Better Things, Creepshow, and many more.

Cailey Fleming was born on March 25, 2007 in Picayune, Mississippi, United States. Her father’s name is Matthew Fleming and, her mother’s name is Misty Fleming. She has a brother named Chandler Fleming. She is doing her schooling at Pearl River School.

Cailey Fleming, eight years old, started acting professionally, first earning attention in Star Wars: The Force Awakens, depicting a young Rey in 2015. In 2016, she was introduced in the film The Book of Love as Young Millie. She played the character of Danielle in the film Armed Response in 2017. In the same year, she performed in the movie Desolation as Grace (2017). Her 2018 films include Supercon as Lillte Girl, Hover as Greta Dunn, Peppermint as Carly North. She starred in the famous movie Star Wars: The Rise of Skywalker, playing the role of Young Rey in 2019.

Cailey Fleming made her debut with the television series entitled One Mississippi as Young Tig in Pilot in 2015. She acted in the 2016’s tv series Memoir playing the role of Obee. She has performed in two television series in the year 2017, Preacher as Susie, Better Things as Sorrow, in 4 episodes. Fleming started representing Judith Grimes in The Walking Dead in season nine and became a regular series commencing with season ten in 2018. In the year 2019, she appeared in the television show Creepshow performed the figure of Evie.

Some Facts About Cailey Fleming

If you have more details about Cailey Fleming. Please comment below we will updated within a hour.