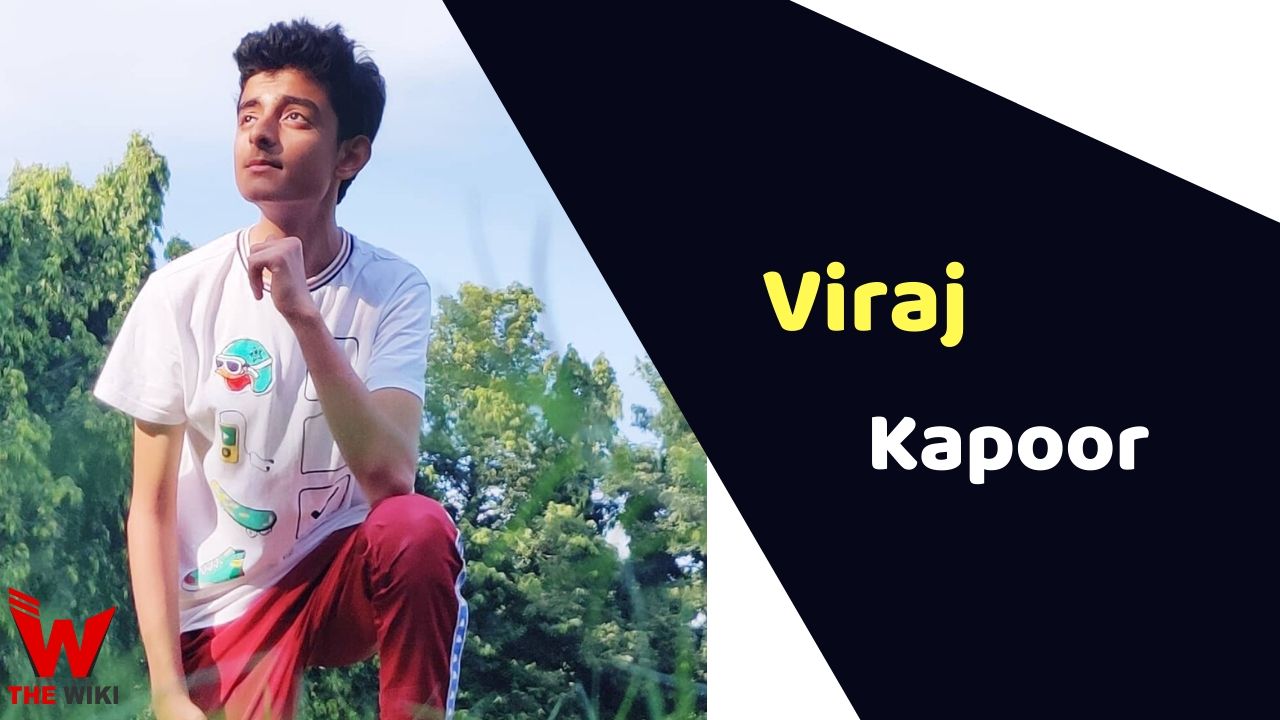 Viraj Kapoor was born in Panchkula, Haryana. His father Sandeep Kapoor is also an actor. He appeared in film Mom, Ek Ladki Ko Dekha Toh Aisa Laga and a television shows Dil Hi Toh Hain. At the age of seven, his father started giving training in acting to him.

Initially Viraj came to Mumbai with his mother Archana but after settling, his whole family shifted to Mumbai. Viraj got his early education from Hansraj Public School, Panchkula till 7th standard. Later he went to Mumbai to make in film industry. He is currently completing his schooling.

Viraj went for an audition along with his father and fortunately selected for the lead role in television serial Nadan Parinde. He played the important role of Balli in the show. Later he acted in several television serials like Devanshi, Waaris, Savdhaan India, Kulfi Kumar Bajewala, Bhutu and Shrimad Bhagavad.

Apart from television, Viraj is also quite active in the film industry. he played an important role in the film Dreamz directed by Sumana Mukherjee which was screened at Toronto International Film Festival and Kolkata Film Festival. Apart from this, he was seen in Daljeet Dosanjh’s film Ambarsariya and Yami Gautam’s father Mukesh Gautam’s film Kuknoos.

Some Facts About Viraj Kapoor

If you have more Details about Viraj Kapoor. Please comment below we will updated within a hour.