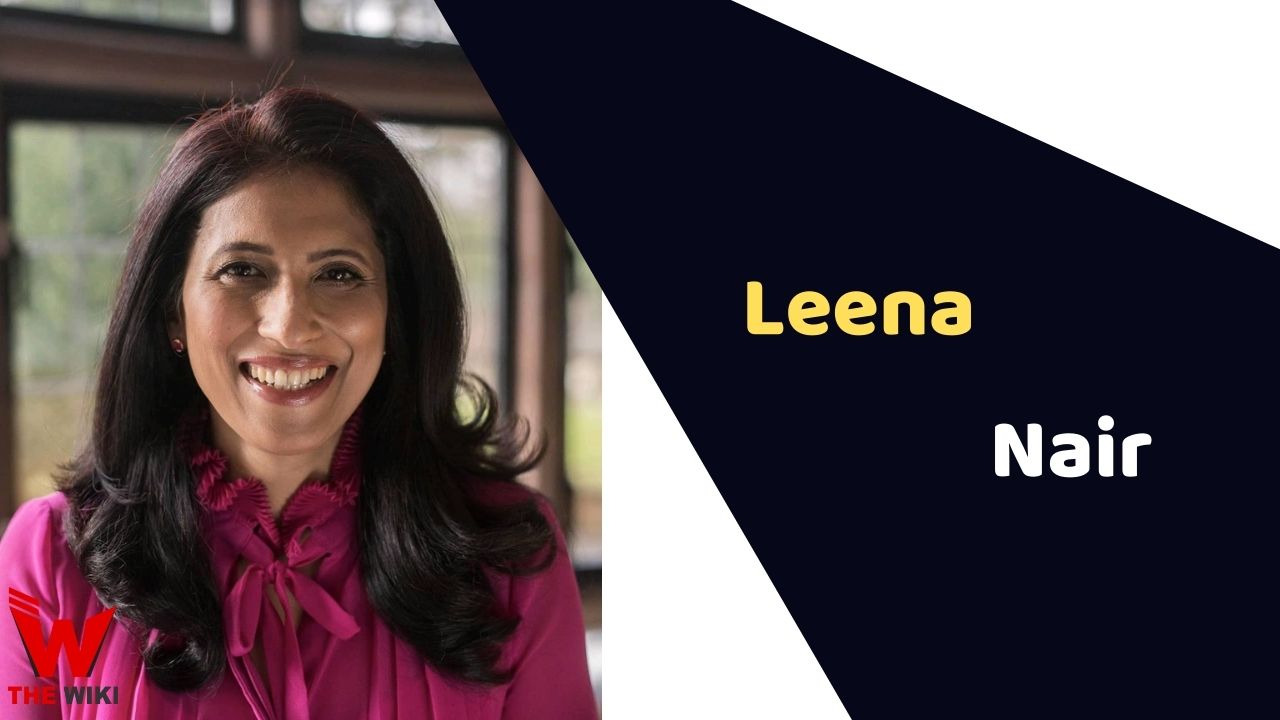 Leena Nair is a UK Indian business leader who is Chanel’s first woman and youngest CEO. She is a former Chief Human Resources Officer at Unilever and a member of Unilever’s Executive committee. Nair is a compassionate advocate of humane workplaces.

Leena Nair was born on 11 June 1969 in Kolhapur, Maharashtra. She did her schooling at Holy Cross Convent High School, Kolhapur, and graduated from Xavier School of Management and Walchand College of Engineering, Sangli.

She got other responsibilities, including Non-Executive Board Member – BT PLC, Member of the Trust Board – Leverhulme Trust, Steering Committee member – the Future of Education, Gender and Work, WEF, in 2017, Leadership Council Member – International Centre for Research on Women in 2019, NED on the UK Governments’s department of Business, Energy and Industrial Strategy (BEIS) from 2018 to 2020. Leena Nair has been named CEO of Chanel in 2021.

Some Facts About Leena Nair

If you have more details about Leena Nair. Please comment below we will updated within a hour.