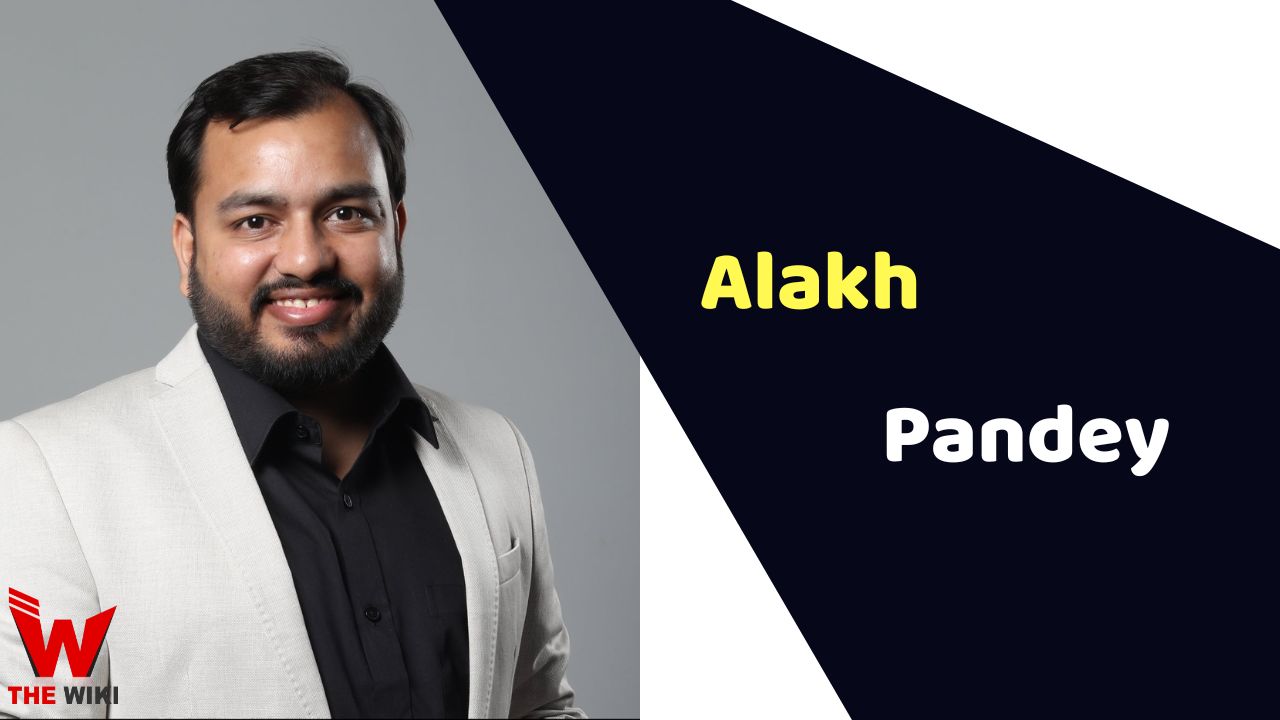 Alakh Pandey is an Indian YouTuber who provides all the study material related to the Science stream. He is the most popular Youtuber and educator among the students. He got popular because of his tremendous teaching skills. He is also a motivational speaker as he uploads videos of motivation for the aspirants.

Alakh Pandey was born on 2 October 1991 in Prayagraj, Uttar Pradesh. His father’s name is Satish Pandey and his mother’s name is Rajat Pandey. He has a sibling named Aditi Pandey. He did his schooling at Bishop Johnson School. After that, he completed his graduation in mechanical engineering from Harcourt Butler Technical Institute, Kanpur.

Alakh started his career as a teacher in an institute. In 2017, he created a YouTube channel named Physics Wallah where he used to upload teaching videos. Initially, he teaches physics, chemistry, and mathematics in classes 9th, 10th, 11th, and 12th class students. But later he decided to teach only physics as he was a master of this subject.

He teaches physics in classes 9-12 (mainly 11 and 12) in for the preparation of JEE exam. He teaches in his own unique style which is loved by the students and brought him success.  Alakh got Gold Play Button by YouTube after completing one million subscribers.

In 2022, he reached the mark of 8 million subscribers on YouTube. This Ed-Tech channel Physics Wallah became India’s 101st Unicorn startup by raising $100 million.

According to media reports, recently, Alakh was engaged with Shivani Dubey.

Some Facts About Alakh Pandey

If you have more details about Alakh Pandey. Please comment below we will update within an hour.