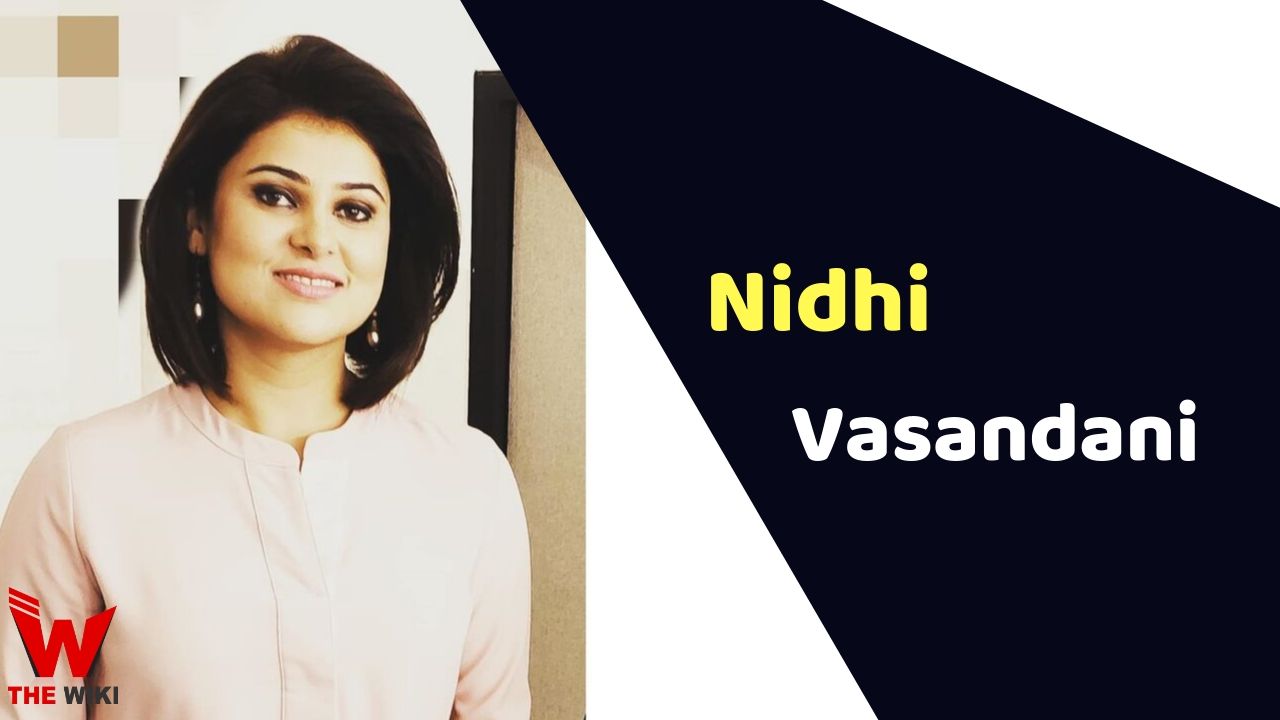 Nidhi Vasandani is an Indian news anchor and journalist. She originally belongs to Bhopal. She has worked on India’s famous news channels India News, ABP News and Republic TV. She started her career in 2007.

Nidhi Vasandani was born and brought up in Bhopal. He is married to Gautam Vasandani, A Citibank manager. This couple also has a daughter.

Nidhi Vasandani started her career in 2007. She initially worked with Bhopal local newspapers Raj News and Bhaskar TV, after which she worked in Sahara Samay from May 2007 to April 2009. In April 2009, Nidhi joined Zee business which includes Zee UP / Uttarakhand and Zee Sangam. Nidhi gained a lot of fame with this channel. She has been associated for 5 years with this channel . During this time, she has done anchoring here as well as the producer.

In March 2014, Nidhi left Zee news and joined ABP News. Nidhi has covered FIFA World Cup to ABP News’ most popular show ‘Kaun Banega Chief Minister’. From 2016 to 2018, Nidhi was covering the news show ‘Mumbai Live’ in Maharashtra and adjoining states. In 2018-19, she briefly joined India News then Republic TV. Here, she has been appointed to the post of anchor and senior producer.

Some Facts About Nidhi Vasandani