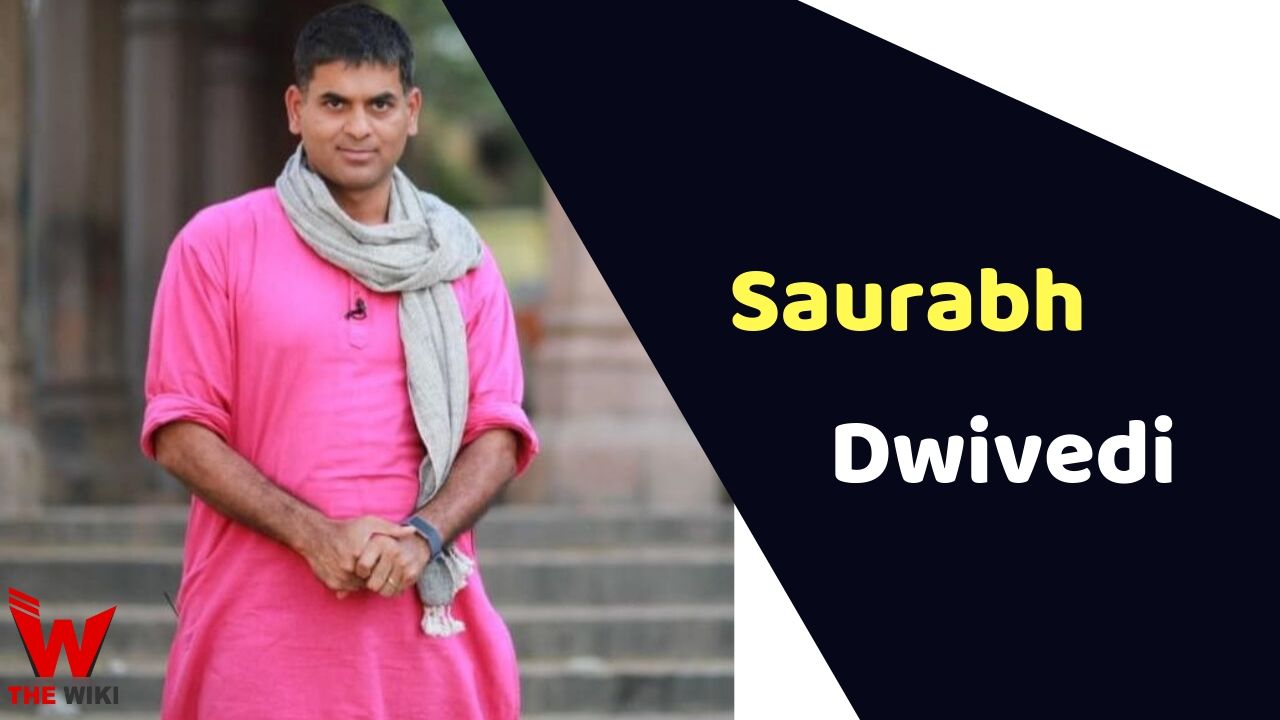 Saurabh Dwivedi is an Indian journalist. Today he is one of the Biggest and prominent journalists of India and is working as an editor at Lallantop. He started his journey with an internship at Star News.

Saurabh Divedi was born in Orai. No information is available about his family, but we will try to update it as soon as possible.

Saurabh completed his early education at Saraswati Shishu Vihar in Orai, after which he moved from Orai to a boarding school in Kanpur. He graduated in mathematics in Kanpur city. Even after graduation, Saurabh continued his further studies and came to Jawaharlal Nehru University in Delhi to pursue a master’s degree in Hindi literature.

He also did M.Phil and Ph.D. from Jawaharlal Nehru University. During this study, Saurabh Dwivedi underwent mass communication under the Indian Institute of Mass Communication.

Saurabh Dwivedi was quite frank since childhood and kept his clear and strong side on every issue. The effect of his personality started appearing in his thoughts as well. Gradually, he ventured into journalism. He started working in Star News as an intern in 2007 after completing his journalism studies from Jawaharlal Nehru University.

After reporting in small type of news, he got a chance to work in an Astro show. After this show, he joined the Times Group. His experience here was very useful to him and he learned some very important things in journalism while working in Navbharat Times. After joining of three years in Navbharat Times, he joined the Bhaskar Group. Here he continued his work as a news editor.

When he was just 26-27 years old, he became a news writer and learned a whole new job. How to make news, what design to use in it and what content should be in them, all these experiences were very useful for Saurabh Dwivedi.

After that Saurabh joined India Today Group, which is the most owned news channel till date in Hindi. The growing trend of Hindi on the Internet greatly influenced. Saurabh and in his desire to do something meaningful and relevant, Lallantop was born which has become one of the most read news sites in India today.

Saurabh Dwivedi is on every platform of social media and openly expresses his opinion. On YouTube, he shares his experience and opinion on an issue with Lallantop’s channel. He is also available on Facebook and Twitter and keeps talking with his fans.

Some Facts About Saurabh Dwivedi

He has also completed his PhD from JNU.

Saurabh Dwivedi made his debut in journalism in 2007.