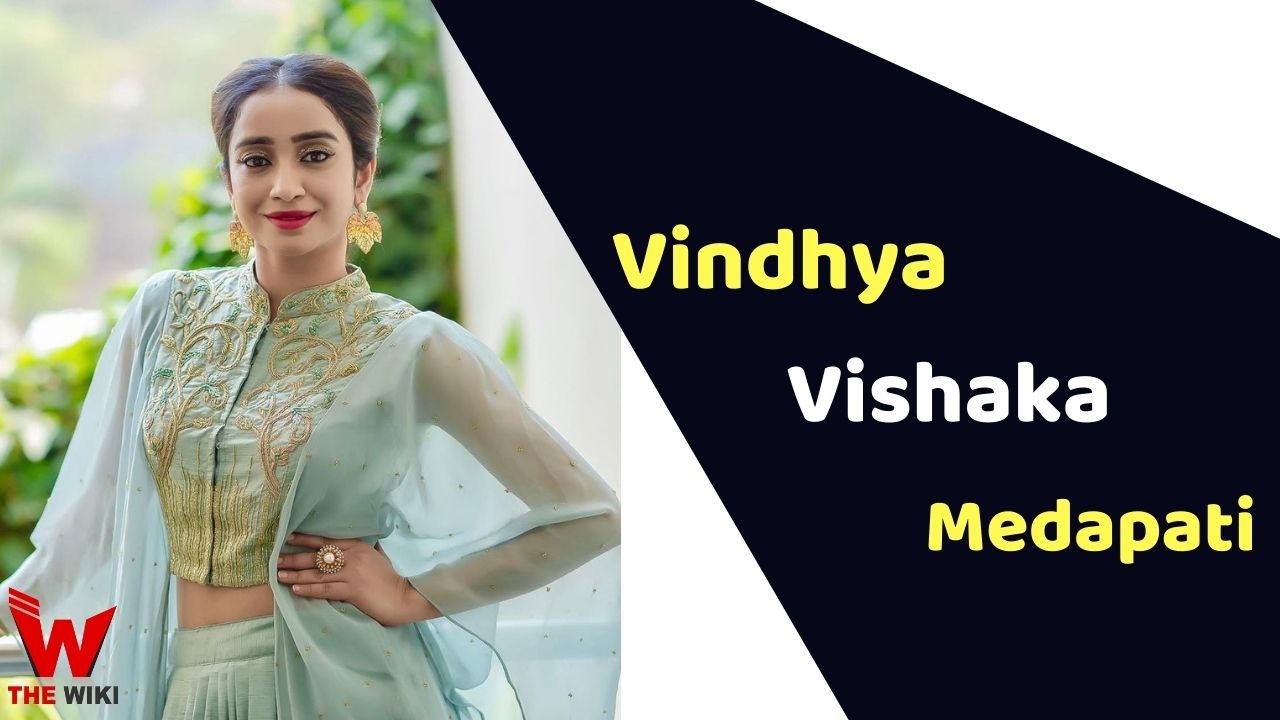 Vindhya Vishaka Medapati is a Indian television anchor, sports presenter, video jockey, and model. She is best known for Telugu sports presenter as she is the first woman to host Indian Premier League (IPL) in Telugu on Star Sports. She is the founder & president of Swecha Welfare Foundation. Vindhya won Padmamohana TV award for Best Anchor Female in 2019.

Vindhya Vishaka Medapati was born on 18 April 1992 in Secunderabad city of Telangana to M Satti Reddy and Mamatha Chakravarthy. Her father is a farmer and mother is a teacher by profession. Vindhya is graduated from Marredpally based Kasturba Gandhi Degree & PG College for Women. She completed her master’s degree in MA English from Osmania University.

Vindhya started her career as a news reader at HMTV, Hyderabad based Telugu news channel in November 2011 and later hosted show Loot Maar on channel V6 news. She joined Star Maa Music as a VJ and hosted a morning live show called ‘Chai Biscuit’. She hosted a comedy show ‘Family Circus’ on Zee Telugu in 2014.

In 2016, Vindhya hosted shows like Weekend Masti on TV9, Dream Designs (Interior Designs show) on HMTV, Maa Voori Vanta a Cookery show on Star Maa and a comedy show ‘Hungama’ on ETV Plus.

Some Facts About Vindhya Vishaka Medapati