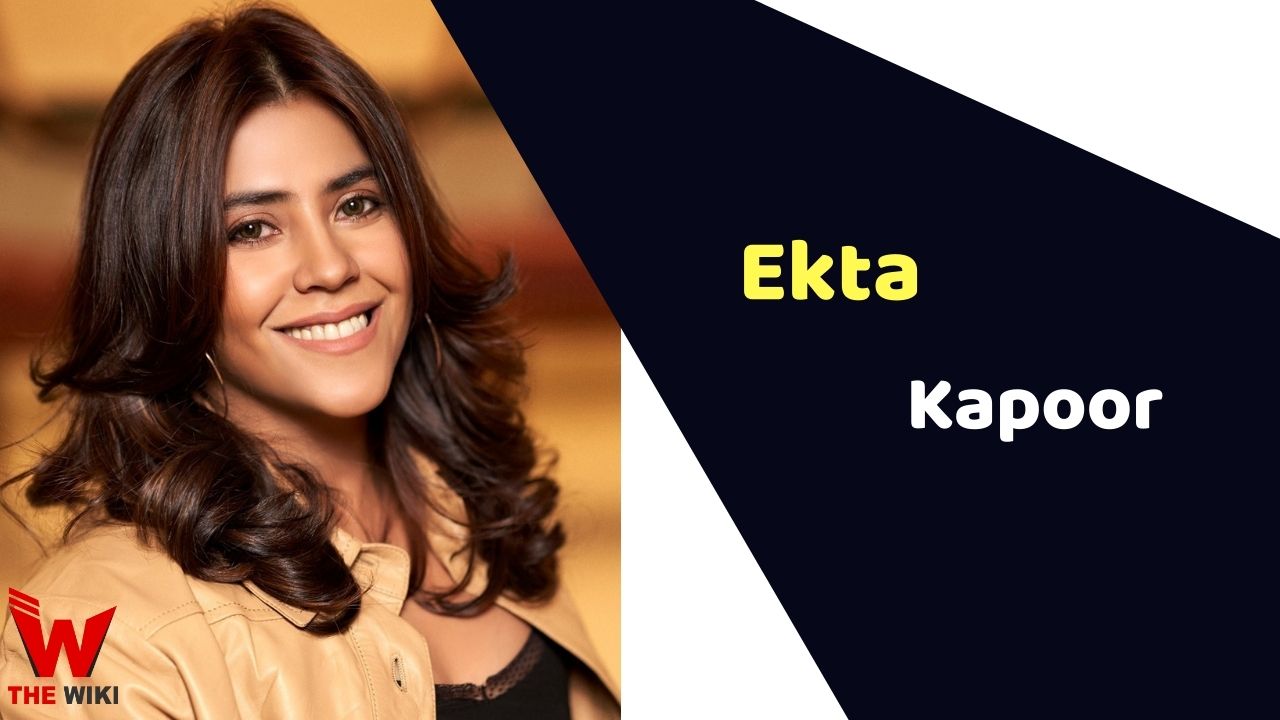 Ekta Kapoor is an Indian film and television producer, director, and creative head of Balaji Telefilms Ltd. She has produced famous television serials is known for their rigorous long-years and drama. Recently she has also created an OTT platform named ‘ALT Balaji’. Ekta is successfully creating and producing movies and films on different platforms.

Ekta Kapoor was born on 7 June 1975 in Mumbai, Maharashtra. She belongs to a Hindu family. She is the daughter of famous Hindi actor Jeetendra Kapoor and her mother’s name is Shobha Kapoor. Tushar Kapoor is her brother who has also appeared in Hindi films. Ekta Kapoor did her schooling at Bombay Scottish School, Mahim. She has done her graduation from Mithibai College, Mumbai.

Some of her Bollywood produced movies which include JRushna Cottage, Kucch To Hai, Lox, Sex Aur Dhokha, Once Upon a Time in Mumbai, Shor in the City.

In 2012, she started the Institute of Creative Excellence which is a media training school through her production house. She has created several TV Series on the OTT platforms.

Some Facts About Ekta Kapoor

If you have more details about Ekta Kapoor. Please comment below we will updated within a hour.