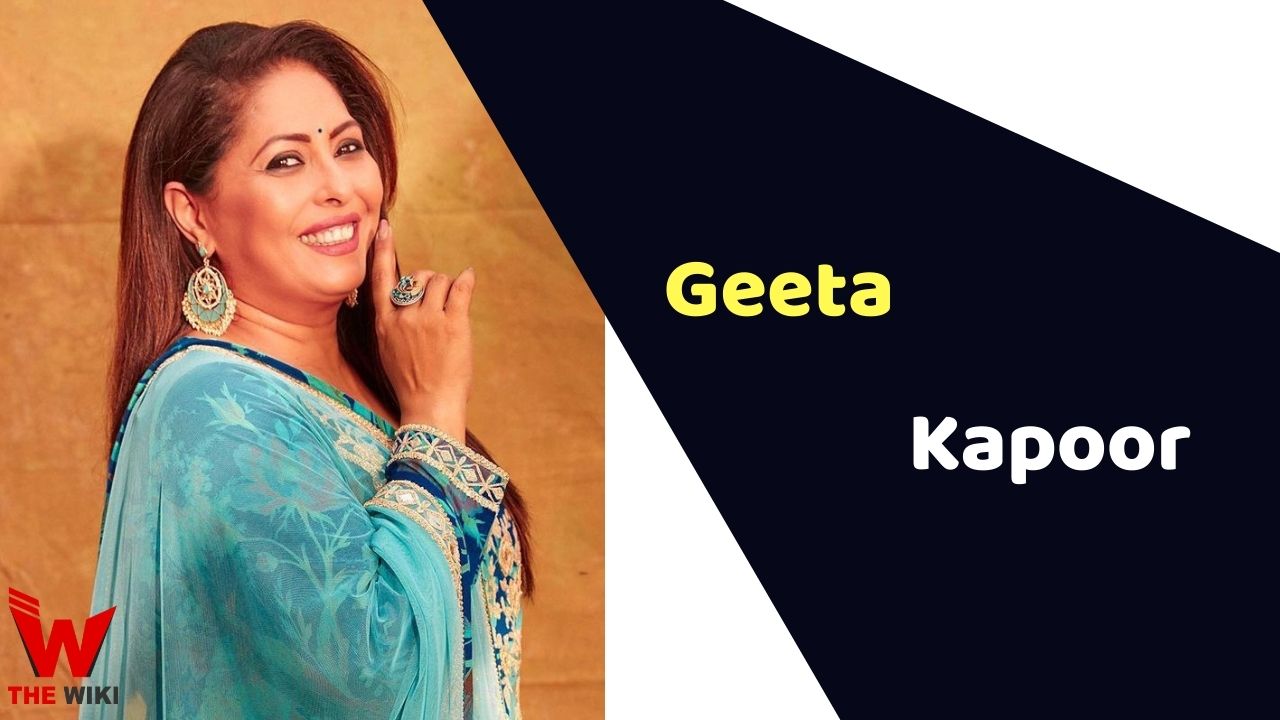 Geeta Kapoor was born on 5th July, 1973 in Mumbai, Maharashtra and was brought up there only. She loved dancing since childhood and also participated in many dance competitions when she was young. Her mother’s name is Rani Kapoor.

She started out as a secondary background dancer in many song sequences such as the song ‘Dum Tara’ of Suchitra Krishnamoorthi, ‘Tujhe Yaad Na Meri Aaye’ from the movie Kuch Kuch Hota Hai, and ‘Gori Gori’ from Main Hoon Na, using a mix of classical and modern dance moves.

Geeta made her television debut with the reality show Dance India Dance (season 1) on Zee TV in 2008, with co-judges choreographers Terrence Lewis and Remo D’Souza. Mithun Chakrabarty was the grand master. In 2009, she appeared on the season 2 of Dance India Dance, along with choreographers Terrence Lewis and Remo D’Souza as judges and mentors. They trained 18 contestants in dance forms like ballet, acrobatics, mid-air dancing, contemporary, Bollywood and hip-hop. Later she made a special appearance in the show DID Lil Masters, in which her mentor Farah Khan and Sandip Soparkar were the judges. She was seen judging the second season of DID Lil Masters in 2012 along with Marzi Pestonji.

Kapoor was then seen as a judge of Dance Ke Superkids along with Farah Khan and Marzi. In 2021, she judged Super Dancer Chapter 4, a dance reality show on Sony TV along with Shilpa Shetty Kundra and Anurag Basu

Geeta Kapoor is single and not dating anyone currently. But she was once rumored dating Rajeev Khinchi. Film director Sajid Khan has proposed her many times but she rejected him every time.

Some Facts About Geeta Kapoor

If you have more details about Geeta Kapoor. Please comment below we will updated within a hour.