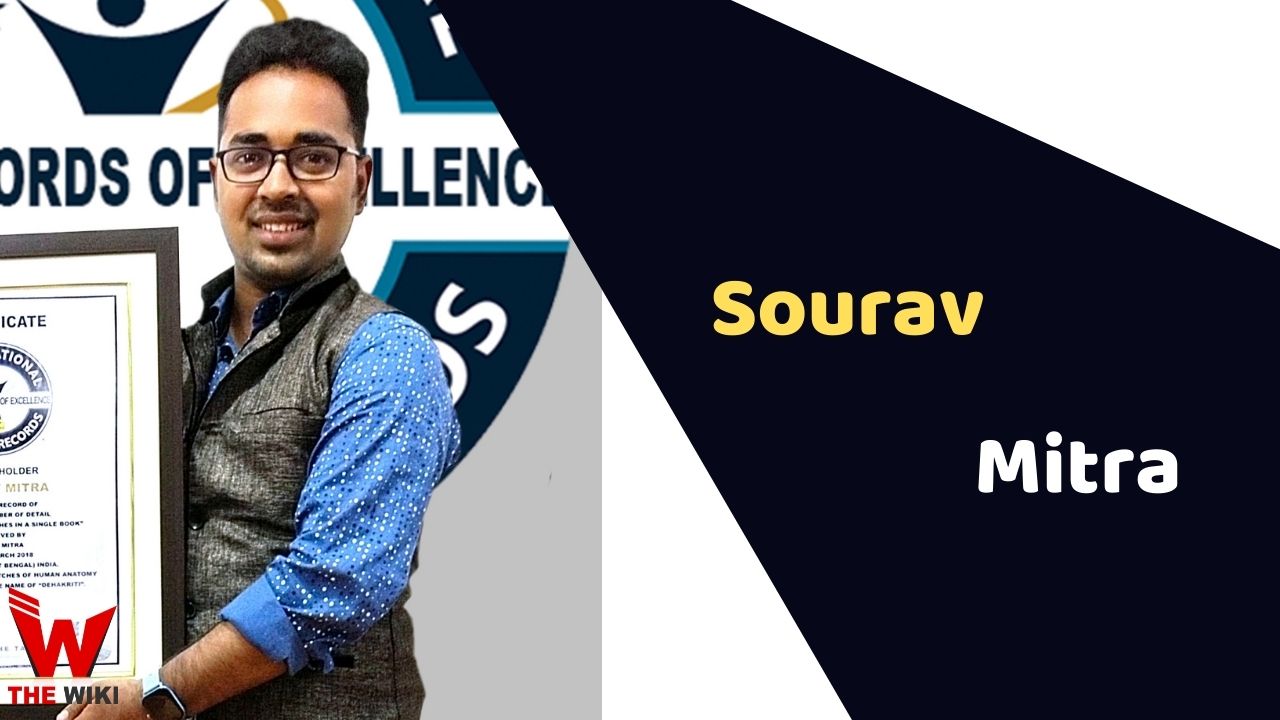 Sourav Mitra is an Indian artist and writer. He is author of many Book like ‘Tends to phoenix’, ‘Dehakriti’,’Lumos’,’Nagar’ and others. He is known for creating magnificent versatility in his painting. Beside that Sourav Mitra known for his research work in Architectural filed. Many of his research papers has been published in international journals. He has been honoured with many prestige’s award during his career as artist and researcher.

Sourav Mitra was born on 2 March 1992 in Siliguri, West Bengal to a small middle-class Hindu Kayasth family. His father Barun Mitra, is an Artist and Businessman. Sourav Mitra has completed his Schooling from Tarai Tarapada Adarshya Bidyalaya, Siliguri. Later on, he pursued his Bachelor’s Degree In Architecture from Piloo Mody College of Architecture (PMCA), Cuttack. After that he completed his Post graduation in fire & industrial safety engineering from National Institute of Fire & Safety, Nagpur. Later he has been honoured with Doctorate of Architecture by WHRPC.he has also done Post graduation in Disaster Engineering and Management.

Sourav started his career as a Professional painter, where he illustrated many magazines and other medium. He painted figure, landscapes, usually in oil or acrylic and charcoal. He was also associated with the Shaderlight artists’ group. Mitra has participated in various exhibitions in India during his career.

Sourav is also an architect and he designed many prestigious projects. Also, as an architectural researcher he proposed earthquake Disaster mitigation of Siliguri, which is highly appreciated from many authorities and make a place for best research paper award in Star Record of International Book.

Here’s the list of published work by Sourav Mitra :

Some Facts About Sourav Mitra

If you have more details about Sourav Mitra. Please comment below we will updated within a hour.