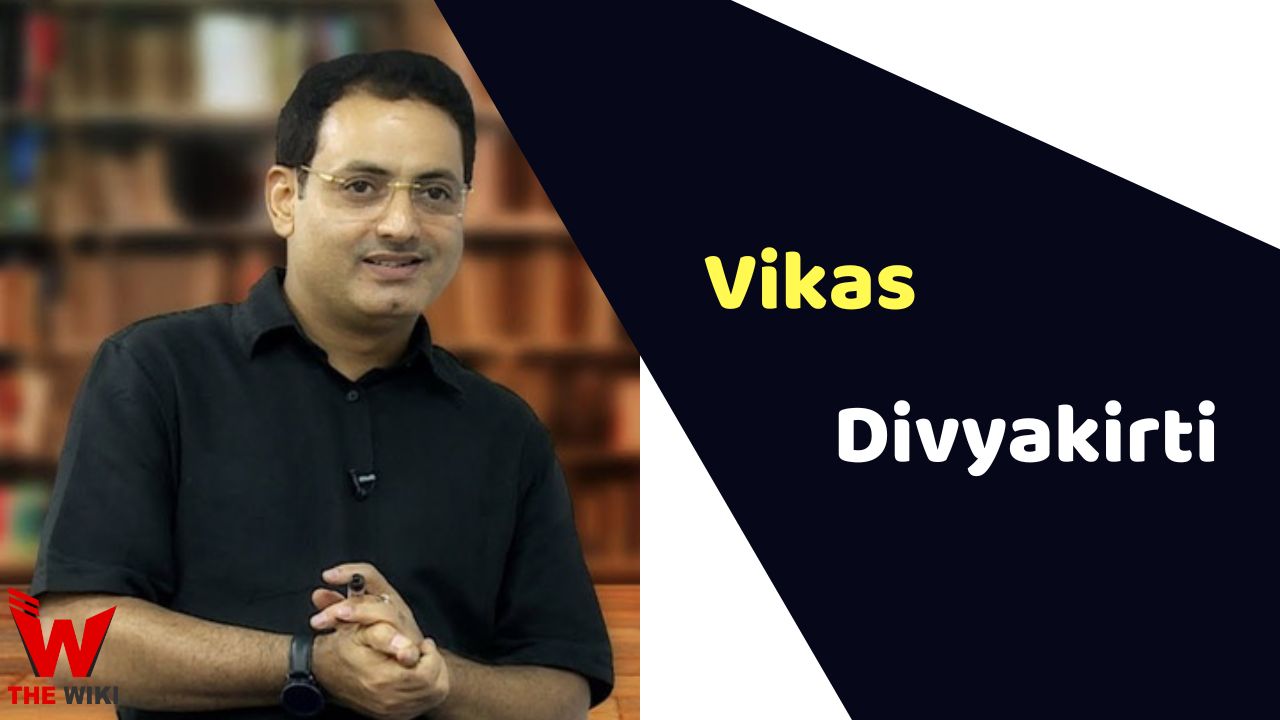 Vikas Divyakirti is an Indian IAS trainer, author, and lecturer. He established a UPSC coaching institute named Drishti IAS coaching  in Delhi. Vikas is best known for his motivational skills. He guides all the aspirants preparing for UPSC.

Vikas was born on 26 December 1976 in Haryana. His parents were professors at Delhi University in Hindi Sahitya. He was married to Taruna Verma who is MD at Drishti. The couple has a son named Satwik Divyakirti.

Vikas cracked the UPSC exam in 1996 in his first attempt and was assigned to the Ministry And Home Affairs. He joined and worked for a year and then he resigned from his job in order to teach the students.

In 2017, he created a YouTube channel named Drishti IAS where he uploaded all the study material, lectures, and motivational videos for the aspirants. Vikas is the director of Drishti IAS coaching institute. He is the editor of monthly current affairs which is an important part of the Dishti coaching. Now, it is one of the best coaching institutes in India for UPSC preparation.

Some Facts About Vikas Divyakirti

If you have more details about Vikas Divyakirti. Please comment below we will update within an hour.